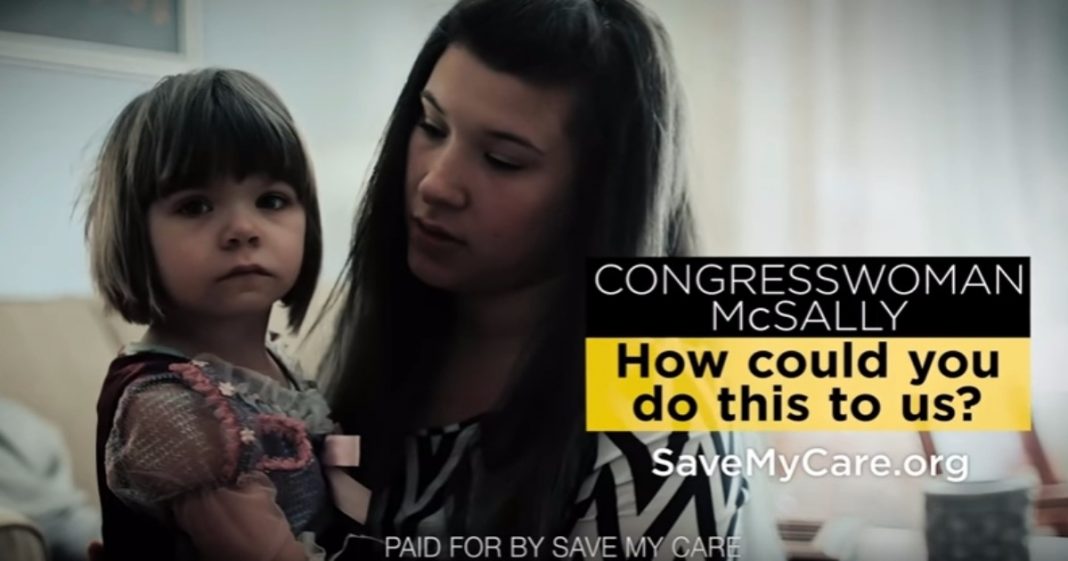 The elections in 2018 may be quite a ways off, but already, opponents of Republicans congresspeople are hard at working convincing their constituents that they can do better next time around.

Thanks to the forced-through and ill-advised AHCA bill which was passed in the House last week, attack ads have already begun circulating on your local television channels, targeting those who voted “yes” on the horrific healthcare bill.

From organization Save my Care comes the first of what will surely be many attack ads of its kind against Congresswoman McSally. The ad simply states the truth: that Martha McSally voted in favor of the AHCA, helping it to pass.

The ad seeks to alert constituents of McSally about exactly what the Congresswoman had voted in favor of by laying out some of the most alarming aspects of the AHCA:

“McSally voted to raise your costs and cut coverage for millions; to let insurance companies deny affordable coverage for cancer treatment and maternity care, and charge five times more for people over fifty. McSally voted ‘yes,’ even though the bill makes coverage completely unaffordable to people with pre-existing conditions.”

The ad then concluded with a strong, accusatory statement meant to include all those watching as victims.

“Congresswoman McSally, how could you do this to us?”

The Rhode Island congresswoman was one of hundreds of Republicans who vote for the healthcare bill, despite not having an up-to-date Congressional Budget Oversight score and despite not offering the bill to the public to be read before the vote. McSally may have even been one of the many Republicans who indicated that they did not even read the bill in full before voting “yes.”

Either way, as many Democrats in the House noted when the bill narrowly passed, the decision to side against reason and the good of the American people in favor of showing political alliegance to Paul Ryan and Donald Trump will likely mean that come 2018, a host of Congressional and Senate Republicans may find themselves quickly out of a job.