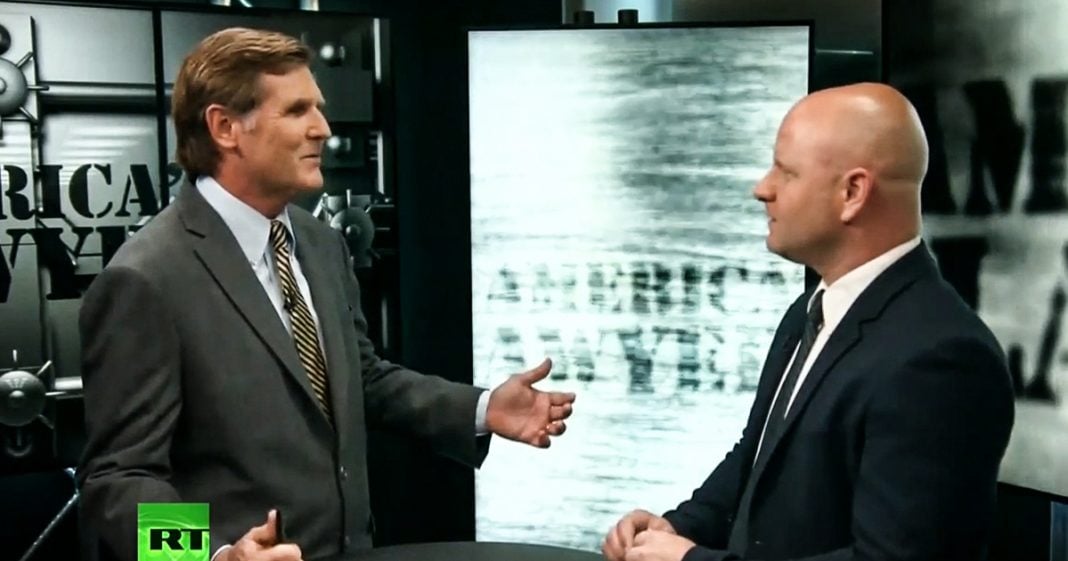 Mike Papantonio is joined by Farron Cousins, Executive Editor of The Trial Lawyer Magazine, to discuss a concerning Reuters report about lead exposure in Los Angeles.

Papantonio: Flint, Michigan has become the poster child for the lead crisis here in the U.S., but a recent report from Reuters suggests that perhaps Los Angeles should be the new face of the lead emergency. Among the more concerning findings of the investigation are that more than 15,000 children were found with elevated lead levels between 2011 and 2015. 323 neighborhoods had a lead rate higher than Flint, and in one Los Angeles neighborhood, 17% of the young children had elevated lead levels more than three times the rate of Flint.

Joining me to talk about this investigation is Farron Cousins, executive editor of the Trial Lawyer magazine. Farron, what do the experts say about what’s the source of this? These are crazy numbers.

Farron Cousins: They are. Usually when we talk about lead, the Reuters investigation that’s been going on is focusing on the lead in water, but in this case, what we’re seeing in LA is that most of it, not all of it, but most of it is actually residual lead paint residue and dust that has been accumulating in the area since basically the 1950s and 1960s. Nobody came along to remove this lead paint properly, so for 50 or 60 years, it’s been accumulating. It’s been turning to dust, being pulverized, ground into the soil, and that’s how it’s getting in the bodies of all these residents.

Papantonio: They do the blood test. They say, “This is normal, but this is three times, 10 times, 20 times the normal rate for some of these situations.” Lead level, there’s a disparity issue here. Let’s not kid ourselves. We don’t find this in the upper end of Hollywood. We find this in the poor areas around LA. That’s no mistake. There’s no guesswork about what’s happening. What’s your take on that?

Farron Cousins: It’s similar to what we’ve seen in any form of environmental pollution. You never see it in the country club crowd. You never see it behind those gated communities, the people who own the factories in areas in West Virginia all the way to California. It’s always the lower-income communities that suffer the most, and that’s what we’re seeing here. Most of these places where you have the lead paint that’s still on the walls are in housing projects, low-income housing projects that have not been updated, again, since the 60s. People are still living in homes where they don’t realize that this paint chipping off the walls is lead paint. It’s toxic to them. It’s even more toxic to their children, and it’s still there.

Papantonio: We know this. Government won’t do anything. The media, they’re slow to respond to anything like this, so there’s not going to be any change. Joe Cotchett, a friend of both of ours, you’ve followed his stories many years, on the lead paint, I think he hit an area that was several billion dollars. The only way to go at this is through lawsuits. Unfortunately, that’s one of those situations, that’s the only way to hold some of these people responsible who really are responsible. Somebody sells the house. They know about the lead point. Somebody allows the pipes to continue to deteriorate with lead poisoning. People are involved. People are messy sometimes, and this mess now is affecting the health of these children. What are the quick legal options? Quickly, what are the quick legal options that a parent might have for a child who’s suffering from lead poisoning?

Farron Cousins: In many instances, like you said, you have to look at who sold the house, who’s in charge of these housing projects. Some of them do have subcontractors who were paid to remove this lead paint, never did. Those are the people who failed to act that are liable in this particular situation.