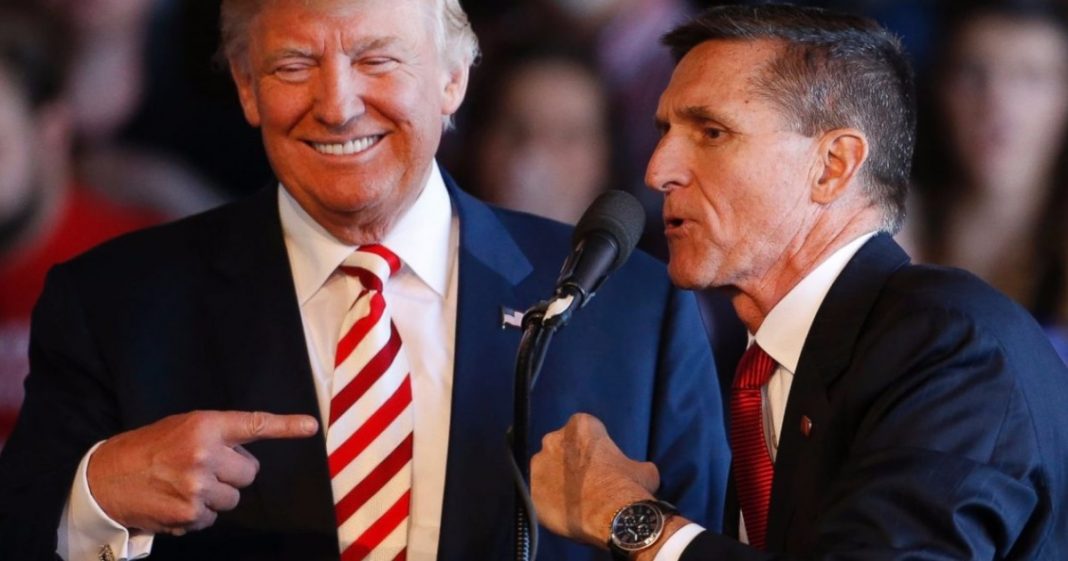 According to two former officials from the Obama Administration, President Obama attempted to warn the incoming administration about the corrupt ties associated with Michael Flynn, a warning that the Trump administration resolutely ignored.

The officials spoke with NBC news saying that they were confident that Obama had made his concerns about Flynn more than clear to his successor.

“The warning, which has not been previously reported, came less than 48 hours after the November … A senior Trump administration official acknowledged Monday that Obama raised the issue of Flynn, saying the former president made clear he was “not a fan of Michael Flynn.”

The former President appeared not concerned about Flynn’s Russian ties (whether or not he was aware of them), but rather his management of the D.I.A.

When Press Secretary Sean Spicer was asked on Monday why the White House ignored the warning from President Obama, Spicer replied that he believed Trump thought Obama’s warning was mere partisanship, rather than a legitimate warning based on legitimate issues.

The revelation comes amid an ongoing Senate subcommittee investigation into the issue, and as former acting Attorney General Sally Yates is set to testify about how she forcefully warned the administration against Flynn.

It became necessary for those close to former President Obama to speak up after the narrative in the White House shifted to blaming the previous administration for allowing Flynn. Despite the fact that Flynn was fired by the Obama administration in 2016, Trump and his cronies have continued to contend that it is he who is to blame for Flynn’s presence in government, not Trump’s.

This new information alongside the testimony from Ms. Yates paints a clear picture of a White House in damage control mode. What are the implications if it is confirmed that the Trump administration knew what Michael Flynn was doing and even permitted it?

To put it in a tongue-in-cheek way: It appears that in regards to hiring Michael Flynn, President Trump was warned, he was given an explanation. Nevertheless, he persisted.