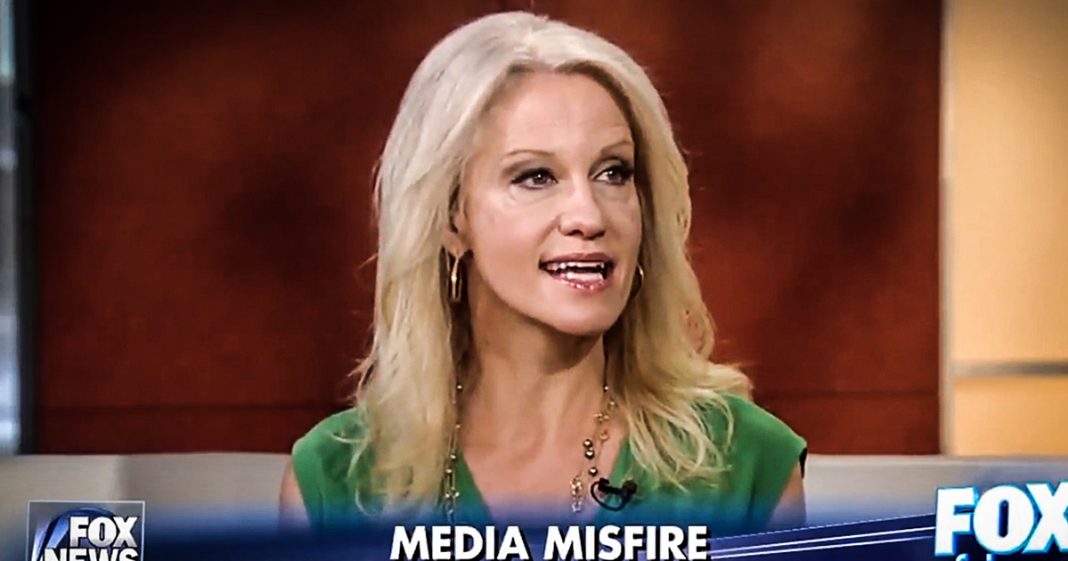 Appearing on Fox & Friends this weekend, Kellyanne Conway said that the criticism of the AHCA that passed the House is ridiculous, and that “it’s easier to jeer from the cheap seats,” implying that poor people shouldn’t have a say in what happens in this country. Ring of Fire’s Farron Cousins discusses this.

Farron Cousins: What you just saw was White House counselor Kellyanne Conway explaining to Fox and Friends Weekend why it’s so easy for those people in the cheap seats, which as we all know means the poor people, to sit there and jeer against President Trump or this Republican healthcare bill. It’s so easy for these poor people to sit back and criticize rather than come up with solutions. Now, I don’t know if Kellyanne Conway has been paying attention to anything, she’s been awfully quiet for the last few weeks, but here’s the reality of the Republican healthcare bill that she thinks poor people are just pissing and moaning about. Only 5% of the people currently covered under the Affordable Care Act, who have preexisting conditions, only 5% are going to be able to afford health insurance under this Republican plan.

Pregnancies are going to cost 425% more if you’re covered under a plan from the AHCA. It has cuts to Planned Parenthood. We’re talking about an $880 billion cut to Medicaid. Yeah, I guess it is easier if you’re a low income citizen of the United States to sit back and criticize this bill that is specifically designed to screw over the underclass in the United States while hand out billions of dollars in tax breaks to the top 3% of income earners. So, yeah, Kellyanne, maybe you’re right about that. Maybe it is easier for these people to criticize, because they’re having everything taken from them. Kellyanne Conway also says that the reason everybody’s been calling for this repeal of Obamacare is because premiums have increased by 40% on average. Premiums have increased in the last year or so, but that is not the Affordable Care Act doing that. I am sick and tired of hearing Republicans spread this false information that these private companies are raising their rates because of a piece of legislation. That is simply not true. That’s not how the Affordable Care Act works; that’s not how it’s ever worked.

Private companies are raising rates because they can, because the Affordable Care Act doesn’t say that you can’t raise your rates like this. That was one of the things that was taken out of it at the beginning, along with being able to negotiate drug prices. So, stop with this lie Kellyanne Conway. It’s not fooling anyone except the brain dead Republican base who doesn’t know any better. But, even they are starting to wake up to the fact because you’re saying that most people wanted the Affordable Care Act repealed, when in reality approval rating for the Affordable Care Act has been going up month by month since Trump took office because people finally saw past the Republican BS and understood what this piece of legislation did for them. But now your party is taking it away, or at least attempting to. I know it still has to go through the Senate, but keep in mind this is the same Senate that approved Jeff Sessions as Attorney General, so I have no faith in the Republicans over there to make this bill slightly better.

We do have a couple of warriors in the Senate who are going to fight tooth and nail to prevent this thing — Bernie Sanders, Elizabeth Warren, I know Sheldon Whitehouse has been out there on it — but it’s still probably going to pass and Trump will sign it. So, Kellyanne Conway can get all sad and mopey about these mean old poor people in the United States, but just remember, those are the people who put your boss in office. And those are the people who, if they’re still alive in 2020, are also going to vote him out.