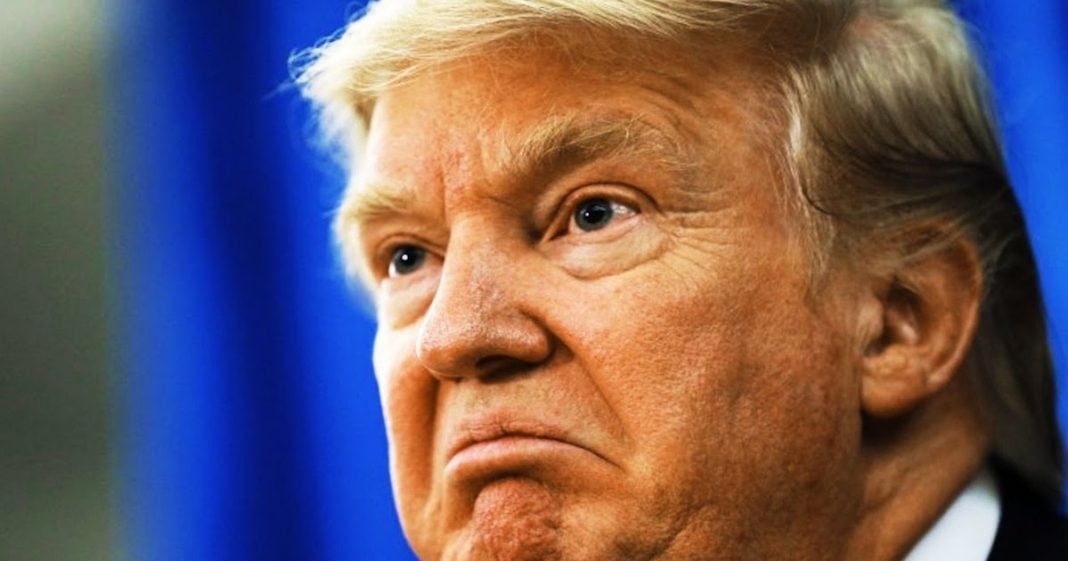 Donald Trump is back on his “fake news” crusade against reporters who tell the truth, but during his recent attacks on media outlets, he had nothing but positive things to say about the failing empire that is Fox News.  Apparently Trump is immune to irony. Ring of Fire’s Farron Cousins discusses this.

Once again, Donald Trump is back on his fake news crusade, attacking outlets like the New York Times and CNN as fake news. On Thursday morning he got on Twitter, no particular reason, but just started going after the fake news, said, “Oh, my God. It’s getting worse. It’s never been this bad. Oh, and by the way, congratulations @foxandfriends for your recent high ratings. Highest rated show on cable television. Congrats, guys.” In Donald Trump’s little Twitter tirade against fake news, he took a moment to congratulate Fox News.

Now, I understand that if Donald Trump actually watches Fox News he probably is not getting all the information about some of the horrible things currently happening to that network. Yeah, the ratings on Fox & Friends might be up, but … probably because people want to tune in and see this train wreck of a dumpster fire that has become the Fox News network.

They just lost their second president in a year. They lost the guy that’s been on the network longer than anyone else because of sexual harassment claims. Now, Sean Hannity, also facing sexual harassment allegations, says that the network may not survive, but yeah, go ahead and call CNN and the New York Times fake news.

Now, I’m not any happier than anyone else about the New York Times hiring a climate change denier as part of their regular writing staff. I think that’s one of the dumbest decisions you could make. I’m not happy with the way CNN sensationalizes every plane wreck or train wreck or car wreck that comes into this country, but I do understand that at the same time these networks do occasionally, these outlets do occasionally put out decent newsworthy items. They are not fake.

Fox News on the other hand literally makes things up. That is fake, so for our sitting president to be out there doing this Twitter promo for Fox & Friends is disgusting, but he understands you also have to repay the people who put you into power, and that is the Fox & Friends because no other show was stupid enough to constantly let Donald Trump come on or call in and give his insane rantings on what’s happening in the world. The Fox News audience are the ones who put him in office, and if Fox News goes away, he understands that he loses a very powerful voice, a very powerful ally, and potentially the presidency in 2020.

By those standards, I think we all need to start praying, whether your religious or not, that Fox News does finally shut down because as long as they’re around they’re going to continue spouting these Republican talking points, this fake news that’s going to dupe millions more of American citizens into voting for Republicans who do not have their best interest at heart. They’re going to tell them they do, but at the end of the day, Fox News has done some very serious damage to the United States by doing nothing more than spreading their own conservative brand of fake news.