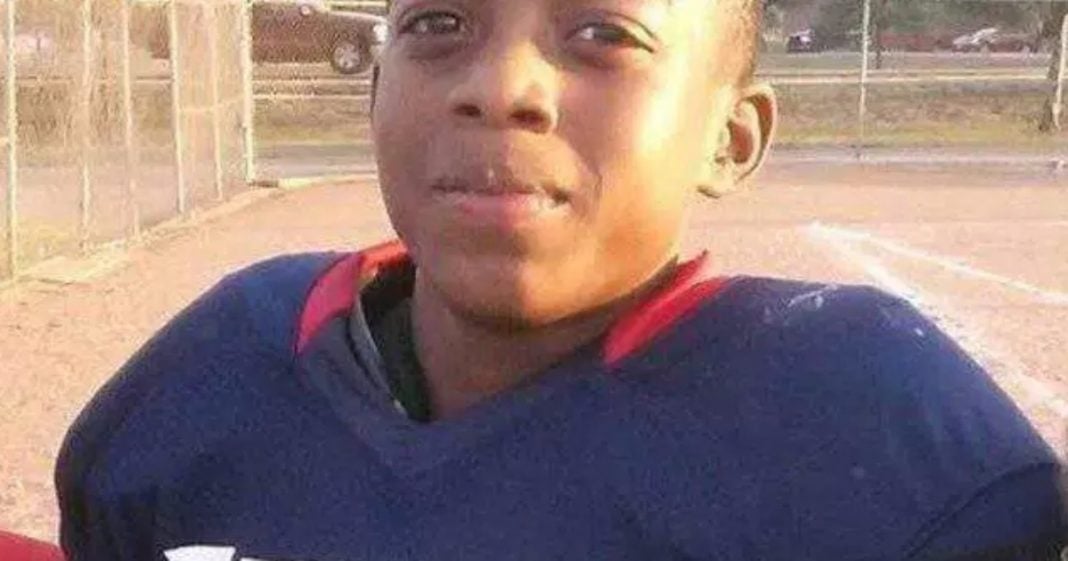 Last Sunday, the Balch Springs Police Department in Texas released a statement saying that while responding to a 911 call regarding underage drinking, officers heard gunfire. After “an unknown altercation,” a vehicle was backing toward the officers “in an aggressive manner.” Officer Oliver fired his weapon into the car, killing the front seat passenger.

That story quickly changed, however, as body camera footage revealed that the car was actually driving away from Oliver when he fired his rifle. Oliver was fired on Tuesday. Chief Jonathan Haber called the initial statement “unintentional and incorrect.”

Oliver’s mother, Linda, spoke to the Daily Mail, saying that her son was a family man and father of two toddlers. She also believes that her son suffers from PTSD after serving in Iraq. The New York Times has reported that Oliver was deployed to Iraq twice:

“Mr. Oliver became a police officer after serving as an infantryman in the Army, eventually rising to sergeant. He was deployed twice to Iraq, from October 2004 to September 2005 and again in 2009 from January to November. In an interview this week, Ms. Oliver recalled that a suicide attacker set off an explosion at a military mess tent in December 2004, killing 22 people, while Mr. Oliver happened to be away from the base.”

The NYT also reported that Oliver had been suspended from duty with the Balch Springs Police Department in 2013:

“Mr. Oliver was reprimanded by the Balch Springs Police Department in 2013 for aggressive and unprofessional behavior while working with Dallas County prosecutors on a drunken-driving case. A prosecutor described the interactions with Mr. Oliver as ‘scary,’ and others said Mr. Oliver was uncooperative and cursed at an assistant district attorney. Balch Springs suspended him for 16 hours and ordered him to attend anger management training.”

While Oliver’s arrest will not fill the void left by Jordan, a beloved honor student and athlete, the Edwards family does find some comfort. In a statement, the family said:

“Although we realize that there remain significant obstacles ahead on the road to justice, this action brings hope that the system will bend against the overwhelming weight of our frustration”