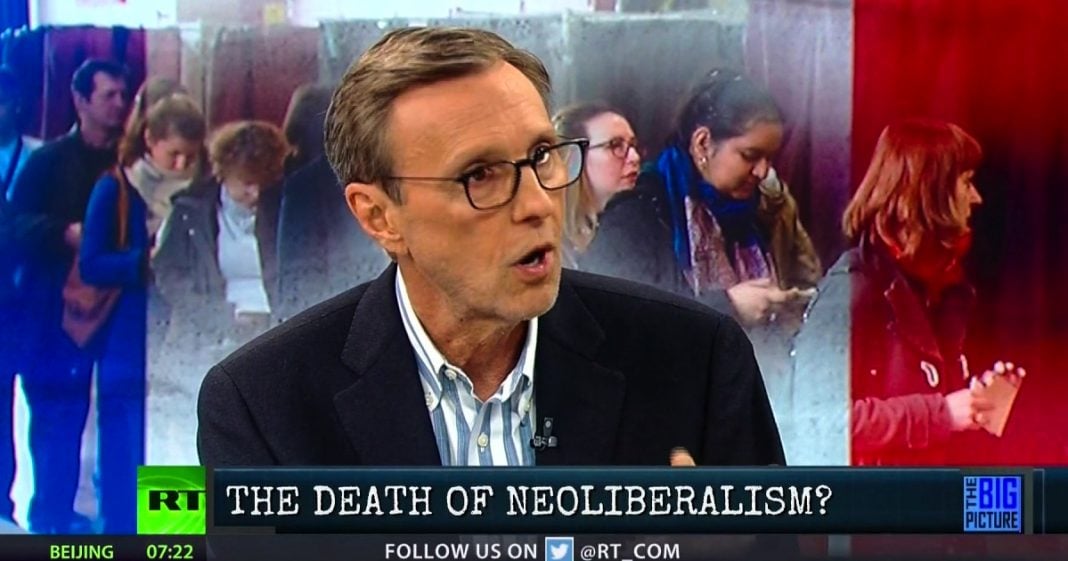 Alan Tonelson, RealityChek/The Race to the Bottom. In the American media – the 2017 French presidential has been portrayed as a rehash of the 2016 US presidential election – with far-right populist Marine Le Pen playing the role of Donald Trump and her opponent – centrist Emmanuel Macron – standing in for Hillary Clinton. And while France is a very different country than the United States – the comparison is a good one – because the French election – like its 2016 American counterpart – is a referendum on neoliberalism – whether the political establishments here or in France want to admit it or not.