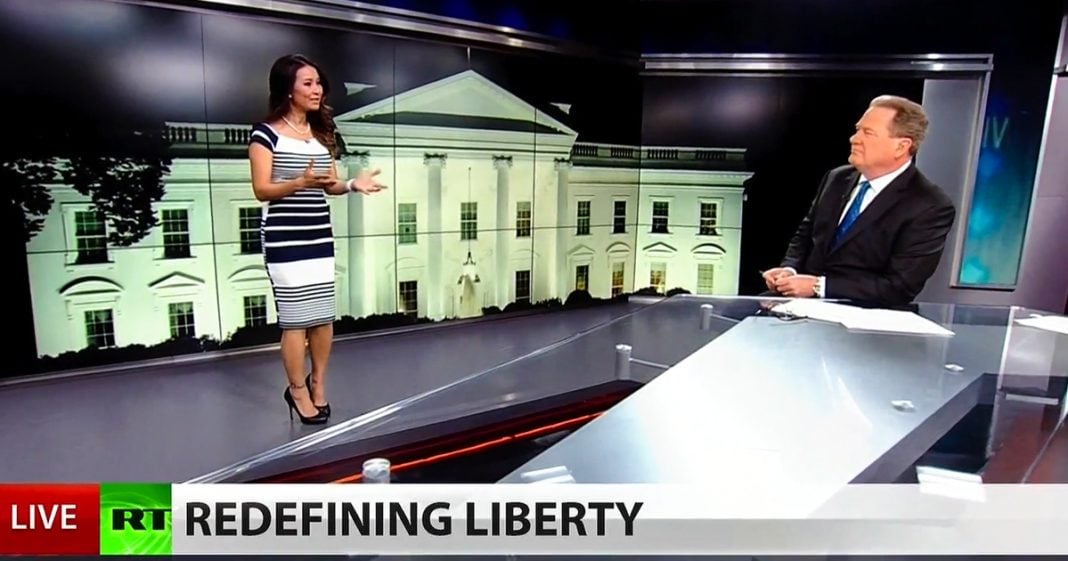 President Donald Trump signed an executive order Friday proclaiming that religious leaders may address political topics in their sermons and even endorse specific candidates without being stripped of their tax-exempt status. While religious organizations across the country celebrate the renewed opportunity to influence politics and broader society, critics see the order as a betrayal of foundational American principles. RT America’s Manila Chan reports. Then Democratic strategist Rob Taub and Matt Keelen, founder of the Keelen group, join RT America’s “News with Ed” to weigh in on the controversy and discuss the passage of the American Health Care Act.