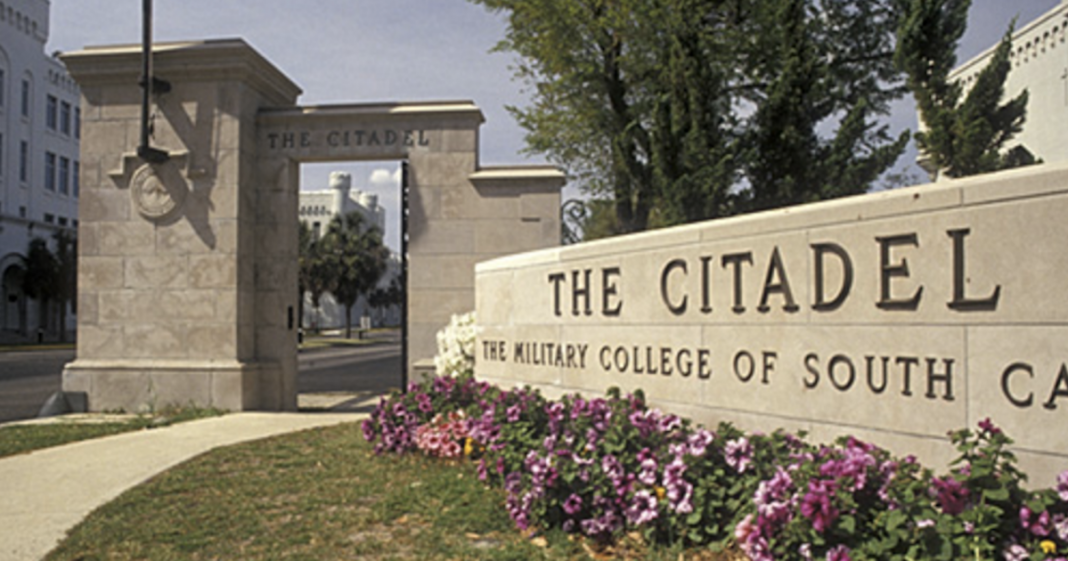 An employee of the State Department under President Trump was once accused by five Citadel freshmen of sexual assault. ProPublica reported on Wednesday that Steven Munoz joined the Trump administration in January. His role with the State Department is to organize travel and meetings for foreign dignitaries visiting the United States. As the assistance chief of visits, Munoz is in charge of up to 10 staff members.

A 2011 graduate of The Citadel, Munoz had previously worked on Rick Santorum’s presidential campaign and consulted for the two Mitt Romney campaign events in 2012. Around the same time, Munoz was being investigated by both The Citadel and South Carolina state authorities for allegedly assaulting five underclassmen between 2009 and 2011.

The first allegations came after a freshman fell asleep with Munoz, only to wake up to find the then-sophomore groping him. That student reported the incident to Janet Shealy, the school’s Sexual Assault Reponse Coordinator. However, the student requested that the only actions taken be “informal.” So, Shealy and other school officials set up a mediation session to resolve the complaint, despite the problems of having mediation between a person in perceived power and a victim. After mediation, The Citadel issued Munoz a warning.

According to a police report, another victim alleged:

“Munoz coerced threatened and convinced me to allow inappropriate touching, grabbing, and kissing by leading me to believe it was what I needed to do to gain acceptance in the corps of cadets. He threatened to call my upperclassmen who would be upset if I did not comply with him.”

Another victim told officials that while watching a movie, Munoz groped him. When the victim resisted those advances, Munoz said, “it was ok for guys to touch each other.” Munoz also said that:

“it was more okay for guys to be with guys sexually before marriage than to be with girls and that God would be less angry at the two guys messing around than a guy and a girl.”

Then before and during a trip to the 2011 CPAC conference in Washington, Munoz attempted his forceful advances several more times. According to a report, Munoz jumped on a victim’s back as he slept. The victim, a freshman, was afraid to fight back because Munoz was a senior. The victim told Munoz, “I can’t hit a senior; I don’t know what to do.” Munoz replied, “When I was a [freshman], I used to wrestle with my upperclassmen.” When Munoz tried to jump on him a second time the victim fought back, “I threw my elbow up which threw him off the bed to the floor.”

Because of Munoz’ seniority and perceived position of authority, the victims did not come forward for over 18-months. The Citadel investigated the allegations and concluded that the sexual assaults were likely to have taken place. In a statement, The Citadel said:

“The Citadel Public Safety Department is giving notice of recently received reports concerning a recent graduate. These reports allege that, while a cadet, the individual had inappropriate contact of a sexual nature with cadets. The circumstances of these assaults, which occurred 18 months or more ago, suggest that the assailant used his authority over the victims to get close to them.

The phenomenon of superior persons exercising their authority over their victims has been widely reported across the country. Anyone can be a victim of sexual assault, however, whether they are a freshman or upperclassman. In addition, men can assault men or women, and women can assault women or men.

In the cases recently reported, the alleged perpetrator is no longer a member of the Corps of Cadets, but could still attempt to contact students.”

As Munoz had already graduated, there was little The Citadel could do to punish him, other than banning him from campus. Still, the military college turned the allegations over to investigators with the South Carolina Law Enforcement Division.

After some victims initially hesitated, police were eventually able to get all five of the alleged victims to agree to press charges. However in March of 2013, prosecutors turned down the case, saying “there is no probable cause that he committed a crime prosecutable in General Sessions Court.”

During the investigation, Munoz’ attorney Andy Savage believed that the allegations were false. He stated that the accusers reported Munoz because of his political leanings and his “participation in boorish behavior that was historically tacitly approved, if not encouraged, by the Institution.”

Now, Munoz has a position of power, like the one he exploited in college, in the Trump State Department. ProPublica reports that typically people like Munoz would have been extensively vetted under previous administrations. Such scrutiny would have included everything from media reports, Google searches, and criminal accusations. A quick Google search (with the date set to before Munoz was hired – January 25, 2017) shows multiple stories on the accusations against Munoz.

With Munoz being hired for such a high position, it is clear that the Trump administration’s vetting process is not as intense as under previous presidents. That is hardly a shocking revelation though, as in March it was reported that the Trump transition team turned down ethics training. It was also widely reported that several appointees were escorted from the White House after failing background checks. When it comes to crimes like the ones committed by Munoz, the Trump Administration either doesn’t know, or doesn’t care.