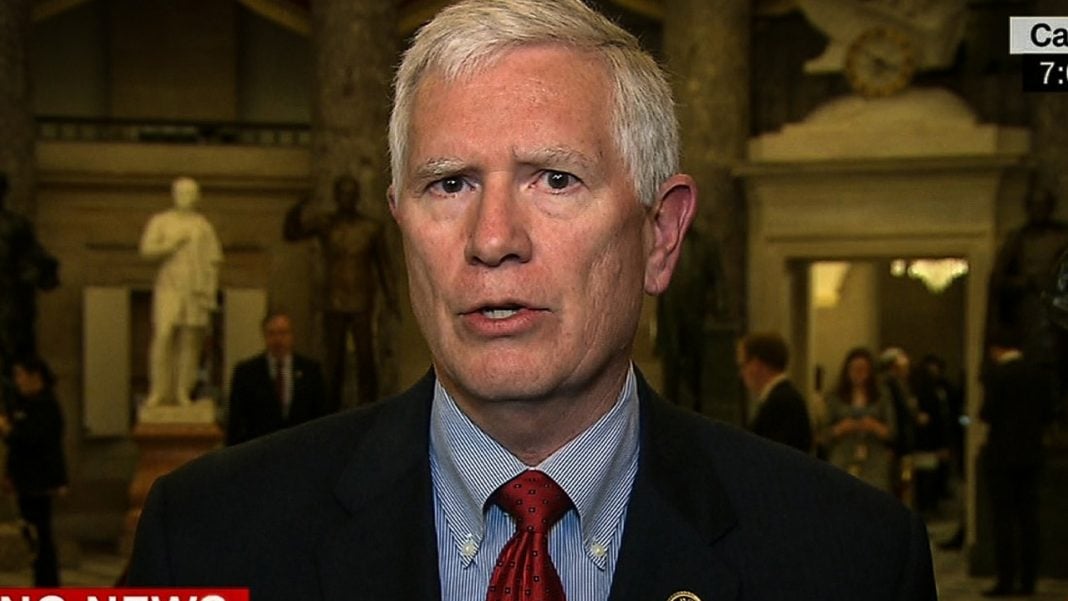 Representative Mo Brooks from Alabama told CNN this week that it isn’t fair that people who “lead good lives” have to help subsidize the insurance of people with pre-existing conditions.  In Brooks’ mind, only bad people get sick. Ring of Fire’s Farron Cousins discusses this.

Farron Cousins: On Monday of this week, Representative Mo Brooks from Alabama went on CNN to talk with Jake Tapper about the third incarnation of the Republican healthcare bill and how it was different than the previous incarnations; what it was going to do for Americans. Take a look at what Mo Brooks had to say.

Jake Tapper: … and the provisions. In an interview, President Trump said that people with pre-existing conditions will be protected. Insurance companies will not be allowed to deny them coverage. But my understanding is, as you just mentioned, this new legislation would allow states to opt out and allow insurance companies to refuse to sell insurance to people with pre-existing conditions as long as there’s some setup for them, pools of some sort. Is the president sending a message to Congress to change that provision or did he not understand what was in the bill?

Rep. Mo Brooks: Well, that’s not my understanding of the way the bill has been reframed. My understanding is that it will allow insurance companies to require people who have higher healthcare costs to contribute more to the insurance pool that helps offset all these costs, thereby reducing the costs to those people who lead good lives. They’re healthy; they’ve done the things to keep their bodies healthy. Right now, those are the people who have done things the right way that are seeing their costs skyrocketing. Now, in fairness, a lot of these people with pre-existing conditions they have those conditions through no fault of their own and I think our society under those circumstances needs to help.

Farron Cousins: Hold up. Hold up, hold up. All right, Mo Brooks. Let’s have a little chat, right? Okay, people who live good lives … People who lead good lives won’t have to pay for the health insurance of those horrible people who were born with asthma, those horrible people who happened to be in the womb when their parents lived near an industrial pollution site. Yeah, those horrible people born with pre-existing conditions or who developed pre-existing conditions through no fault of their own, those are the people that Mo Brooks wants to protect. You know, the ones who led a good life, the ones who maybe go to church every Sunday. I don’t know, the ones who don’t get cancer. You know, the good ones. That’s what the Republican healthcare bill will protect, the people who’ve been so privileged that they don’t even get a cold. That’s not how it works.

Is it unfair that people who are not as sick as often have to pay the same amount as somebody who has asthma? Maybe. It’s the price we pay in this economy, in this country, in this capitalistic system. If you don’t like it, if I may borrow a phrase from the Republicans, then I suggest you leave this country because that’s what we’re looking at here. That’s how the system has always been. It’s not perfect, but it’s what we have. But, for you to come along and act like this is something new, this is something that Obama did or the Democrats did, they made this system so horrible, you’re lying to yourself. You’re lying to the CNN audience. You’re lying to your constituents, and you’re lying to the whole country, pal. Good people get sick. Good people, people who lead good lives, as you say, are born with pre-existing conditions sometime. Furthermore, those who maybe develop diabetes or those who smoke, yeah, that’s unfortunate. They may have made bad choices that led them to diseases, but some people are pre-dispositioned to get them regardless of their life habits. They could work out every day, eat right, exercise, and still get cancer, still get diabetes.

That doesn’t make them bad people. It doesn’t mean they’ve led bad lives. But, for you to come out and use that phrase, which you didn’t have to use … Let me point that out, because that is very important here. You didn’t have to say that little line, but as soon as you did you ruined your entire argument. Good people get sick. Bad people get sick. Insurance costs money because it’s there to protect us when we need it. Those are facts of life that Republicans need to understand. Making two separate insurance pools, one for healthy people, one for people with pre-existing conditions, is going to price those people out of health insurance. Every study that has looked at it has proved that, so the only people that will have health insurance are the people who don’t need it. This Republican plan does exactly what the previous Republican plan does, which is exactly what the previous Republican plan does, which is kick at least 10 million people off of their health insurance. According to Mo Brooks, because apparently they didn’t lead good enough lives.