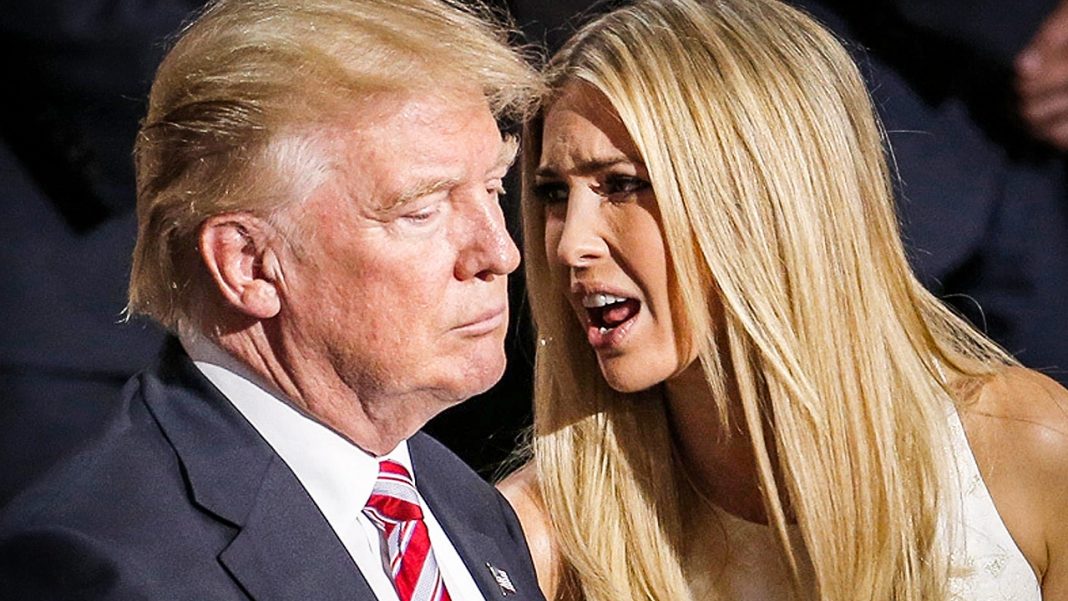 According to reports, Ivanka Trump welled up with tears over her father’s non-apology for the remarks he made about grabbing women by their genitals.  While that may be true, we cannot act like Ivanka is anything but complicit about her father’s behavior, and we can’t make a saint out of a sinner. Ring of Fire’s Farron Cousins discusses this.

According to a new report, when Donald Trump issued his non-apology for the statement he made on tape in 2005 about how he liked to grab women by the genitals, when he issued that non-apology Ivanka Trump, his daughter was allegedly moved to tears because her father refused to issue a real genuine and sincere apology.

Now, I’m not here to put Ivanka on trial on whether or not she actually cried. To be honest, I believe she probably did. Do you know why I believe she did? Because I have a daughter. She’s six years old. If she ever in her life heard me say something like that, or heard me say anything as derogatory as that towards any other human being, she would probably also cry. Because she doesn’t want to believe that her father is capable of such horrible thoughts, of horrible actions, and I think that’s probably what Ivanka was going through at that time.

She still looked up at her father as maybe he’s done some things in his business deals that I don’t necessarily agree with., maybe he holds some political views that I don’t agree with, but at least deep down he’s a good person. Maybe for the first time in her life, which is still surprising, when she heard that comment and the non-apology, maybe she realized that her father is not as good of a person as she thinks he is. But here’s the problem I have with the articles talking about Ivanka Trump being moved to tears by the fact that her father wouldn’t apologize for it, we’re normalizing, we’re trying to rationalize someone who has been complicit her entire adult life with everything that this man has said and done.

As much as we want to think that Ivanka Trump is gonna come in and be some kind of voice of reason, she’s still the same woman who gets her clothing line made by sweatshop labor overseas. That’s a decision she knows about. So before we start feeling sorry for her, or thinking that she’s a victim in all this, we have to understand that she is complicit. She may not condone it, but by staying there remaining a part of it, and technically not doing anything about it, she’s enabling him. The best thing she could do is walk away. You do have that option Ivanka, you do. It may not be the best thing, but let’s face it, deep down you really don’t care. If you did, you wouldn’t engage in these kind of labor practices. But you are, your husband has. Your husband’s engaged in all kinds of shady deals. That’s what your family is.

She’s going out there selling this sob story because she’s got a new book to promote. People need to understand, stories go deeper than headlines, okay? This headline from this article from The Independent talking about, “Oh, she was moved to tears by this,” trying to elicit some kind of sympathy from us. Then later on it mentions, “She’s also selling her new book.” You bury the lead there. She’s out there making headlines because she wants to make some money. She’s got a book to sell, and I guarantee you this is a story in it. That’s all this is. I have no sympathy for Ivanka Trump, because as I’ve said, she has been complicit with every dirty deed that Donald Trump has done since she became an adult.