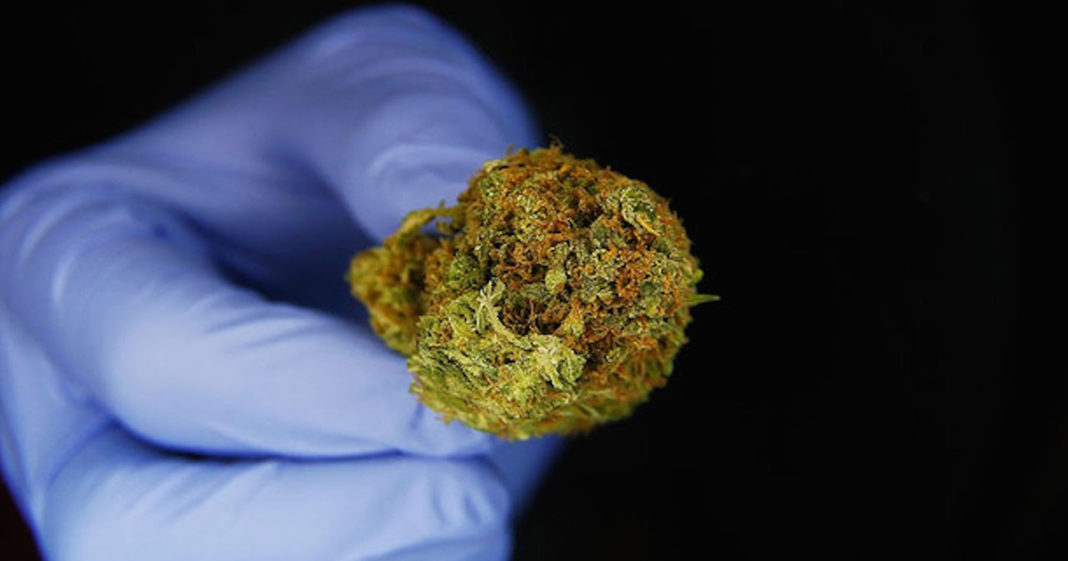 Georgia state Representative Allen Peake of Macon, a Republican, has become an unlikely hero in the push for the legalization of marijuana for medicinal purposes.

Georgia legalized low-THC cannabis oil in 2015. The state even expanded its legalization earlier this year. However, the law only allows someone to possess the drug. Someone cannot manufacture, grow, buy, sell, or transport the drug across state lines without breaking the law.

The oil comes in from out-of-state, but Peake says he does not know the source. He told the AP, “Quite frankly, I don’t know how the product gets here.” The AP also detailed the machinations that Rep. Peake goes through to ensure he is not in direct violation of the law:

“Each time one of the nondescript boxes arrives, Peake makes a significant donation to a foundation in Colorado that supports research of medical cannabis. He can’t make a direct payment, because that would be illegal. But with his donations of about $100,000 a year, he and his wife are able to supply the oil to hundreds of patients across Georgia.”

Peake serves as the CEO for one of the largest franchise restaurant ownership groups, with over 100 locations under his control. Surprisingly, it is the lawmaker’s faith and political point-of-view that called him to take such drastic actions. Peake is a Christian Republican who believes that the government has no business restricting someone’s access to legal medication. He says that he runs his restaurant business on Christian principles, the same principles that told him to help those that need medical marijuana.

That said, Peake has not been without his own failings. When the infidelity site Ashley Madison was hacked in 2015, Allen Peake was among those named in the leaked list of the website’s users. Peake admitted that he was on the site and emailed an apology to his friends and family. According to Macon’s The Telegraph:

In his email, Peake said he went through “a very difficult period in my marriage” several years ago. About two and a half years ago, he said he told his wife, Betsy, “about every detail of my involvement” on the website.
“Through tears and heartache, much pain and anguish, and with intense professional counseling, we made the decision to work to save our marriage. Her powerful and merciful gift of forgiveness helped us make it through some very dark and lonely days,” it read in part.

While some of his positions lean heavily on the conservative side, groups like the American Conservative Union only give him a 50 percent rating on social issues. Sometimes, a lawmaker on the wrong side of the aisle does the right thing.