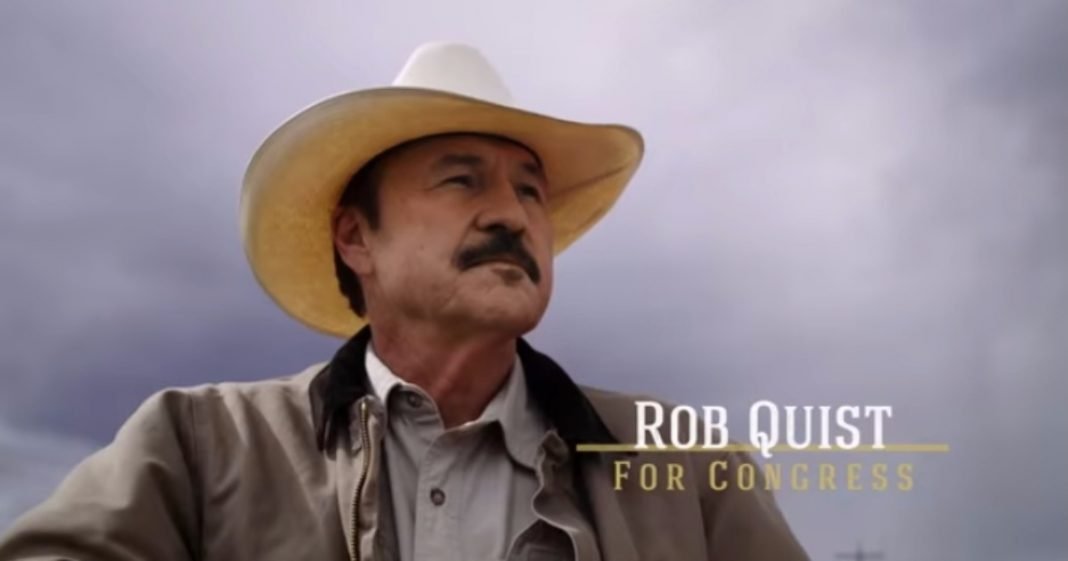 The Democratic Congressional Campaign Committee are attempting to learn from recent mistakes made by the DNC by investing heavily in an insurgent Democratic candidate in conservative Montana.

The candidate is a curious one – renowned folk singer Rob Quist is running against tech millionaire Greg Gianforte in a special congressional election in Montana. Decked out in a cowboy hat while standing next to a pickup truck and loading his family’s generations-old rifle, Quist fits the bill. Somehow, the Democrat has poised himself as the good old boy protecting American values against a “millionaire from New Jersey,” an effective switching of roles.

The two men are competing for the seat left vacant by newly-minted Interior Secretary Ryan Zinke. Zinke, like many other selections made by the Trump administration, leaves behind a seat now vulnerable to Democratic take-over.

But as we have seen in similar other special elections across the country in conservative areas, while Democrats are able to make a much stronger than expected showing, many of them are losing because of a lack of investment by the Democratic party as a whole. The DCCC is hoping to avoid the same fate in Quist’s race.

In both Kansas and Georgia, Congressional races struggled to overcome the conservative leanings of the district. Could Montana signal the first major shift?

After a recent donation from the DCCC, the Congressional Committee has given Quist’s campaign $600,000 which enabled him to purchase campaign ads as well as creating a program intent on getting Democrats and independent voters in the district to vote by mail.

Though Quist is no doubt grateful for the investments made by the Democratic party into his candidacy, he recently turned down an offer from DNC chair Tom Perez to make a personal visit to the district. In such a conservative district, such overt support may prove detrimental.