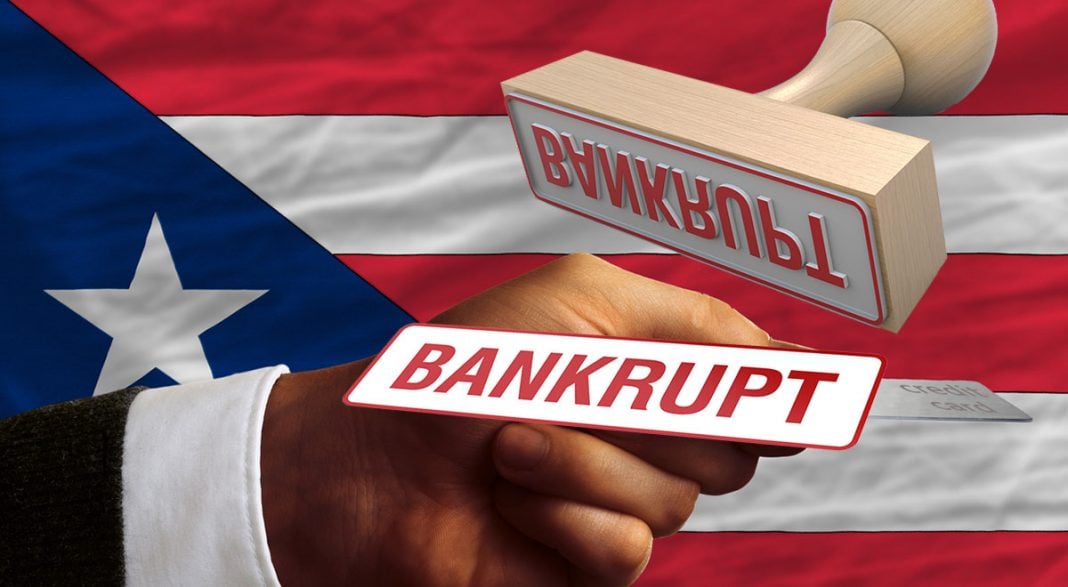 In a move by the Federal government that the Wall Street Journal describes as “unprecedented,” a federal oversight board created by the U.S. Congress is putting the Commonwealth of Puerto Rico under bankruptcy protection, invoking what is known as “Title III.” This is a debt restructuring plan that is carried out under the auspices of the court. It is similar to Chapter 9 of the U.S. Bankruptcy Code, which is used by municipal and county governments as well as other public institutions and entities.

The most famous example of a Chapter 9 bankruptcy proceeding was that of Detroit, which filed in 2013. At that time, the City of Detroit was in debt to the tune of around $19 billion. It was the largest such bankruptcy in U.S. history – but that was proverbial “chump change” compared to Puerto Rico’s estimated debt of approximately $73 billion. As this case moves forward, it will represent the largest bankruptcy ever experienced by the U.S. municipal bond market, estimated to be worth $3.8 trillion.

Technically, the Title III procedure is not a bankruptcy, as Puerto Rico – because of its unique political status – is ineligible for protection under Chapter 9 of the U.S. Bankruptcy Code. This legislation was passed in Congress and signed into law by President Obama last year. Under Title III, the manner in which the case goes forward will be under the control of a U.S. District Judge, appointed by Chief Justice John Roberts, rather than a bankruptcy judge. Since this process has never been used before, there is no real precedent for the case – meaning that whomever Roberts appoints for the job will have a great deal of control over Puerto Rico’s future.

The financial crisis that has caused Puerto Rico’s current problems has been decades in the making – and much of it is attributable to seven decades of U.S. policy that gave with one hand while taking away with the other. In 1942, the Franklin Roosevelt Administration instituted “Operation Bootstrap,” with the goal of transitioning Puerto Rico’s largely agrarian economy – seen at the time as unsustainable – into an industrial one. Encouraged by a series of business tax incentives, U.S. companies in the fields of pharmaceuticals and manufacturing began setting up shop in what was then one of the poorest countries in the Caribbean.

For a time, the strategy worked – but the introduction of ill-advised “Free Trade Agreements” in the 1990s caused those companies to move to low-wage countries, resulting in a high unemployment rate and a “brain drain” as Puerto Rico’s best and brightest moved to the mainland, eroding the country’s tax base. Other factors have included Puerto Rico’s dependence on volatile oil and food imports and corruption among public officials, as well as a 10-year recession brought on by the expiration of many tax credits that had encouraged manufacturing on the island.

Today, Title III may be all that stands between order and the kind of economic chaos suffered by the people of Germany during the Weimar period following World War I. Understandably, investors who are affected by the crisis are greatly concerned about what will happen next.

Negotiations between creditors and the Commonwealth will continue while pending lawsuits against the island’s government are put on hold. However, while creditors holding secured bonds may emerge relatively unscathed, those who hold unsecured bonds – wagering that Puerto Rico would remain ineligible for bankruptcy – are likely to take major hits. Of course, not many bonds are secured and there will many bondholders arguing over the same collateral or revenue stream, according to attorney Peter Mougey.  There will be years of litigation between bondholders arguing about who has priority, Mougey believes.

More than 2,000 investors have already filed claims based on representations from the island broker-dealers that the bonds were safe.  That was hardly the case, according to Mougey, whose law firm Levin Papantonio currently represents hundreds of investors.