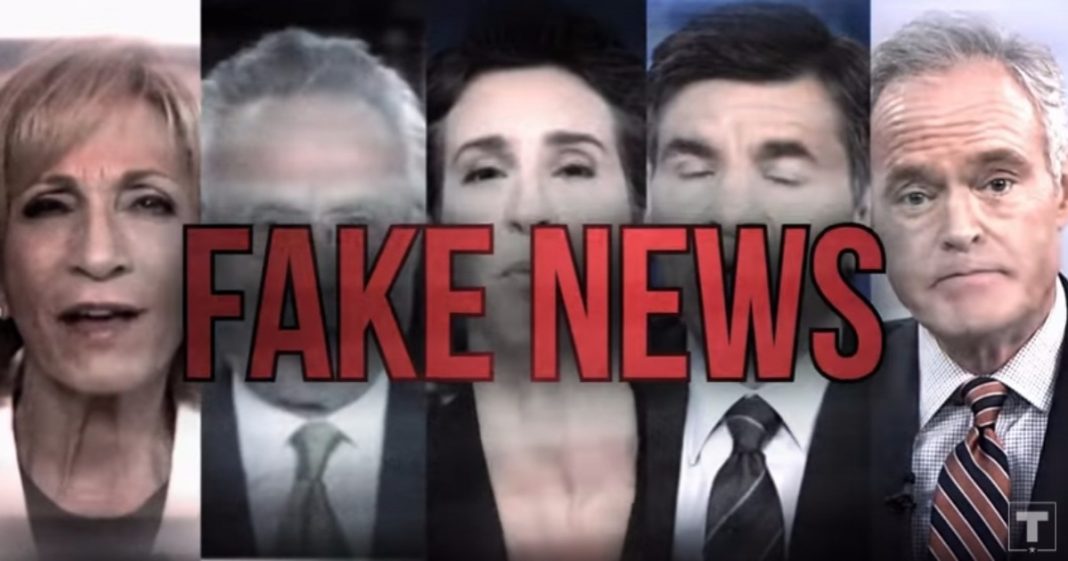 As it turns out, if you want to label the entirety of news media “fake news,” you are going to have a hard time finding a way to share that message with an audience.

Over the weekend, the Trump campaign released an ad praising President Trump’s first 100 days in office and lampooning the “news” for not covering him favorably. CNN announced on Tuesday that they would refuse to air the ad from President Trump because it includes a graphic labeling the news media – including CNN – as “fake news.”

In the ad, a patriotic voice notes the few accomplishments of Trump’s first 100 days in office. Then, it hits the media.

“You wouldn’t know it from watching the news,” the ad proclaims. “But America is winning and President Trump is making America great again.”

Over their faces is a flashing graphic which reads “Fake news.”

Unsurprisingly, CNN elected to keep the add off of their air waves considering that it directly attacks the very channel it seeks to air on. In response to this refusal, the Trump campaign issued an email to its supporters attacking CNN once again for being “fake news,” and accusing them of refusing to share the positive message of the ad.

“It is absolutely shameful to see the media blocking the positive message that President Trump is trying to share with the country. It’s clear that CNN is trying to silence our voice and censor our free speech because it doesn’t fit their narrative.”

CNN responded to the accusation of suppressing free speech by simply calling the ad “false.”

Seeing CNN stand up for their principles for once is encouraging. Despite giving Trump endless attention and breathless coverage, it appears that they will draw the line at advertising at their expense.