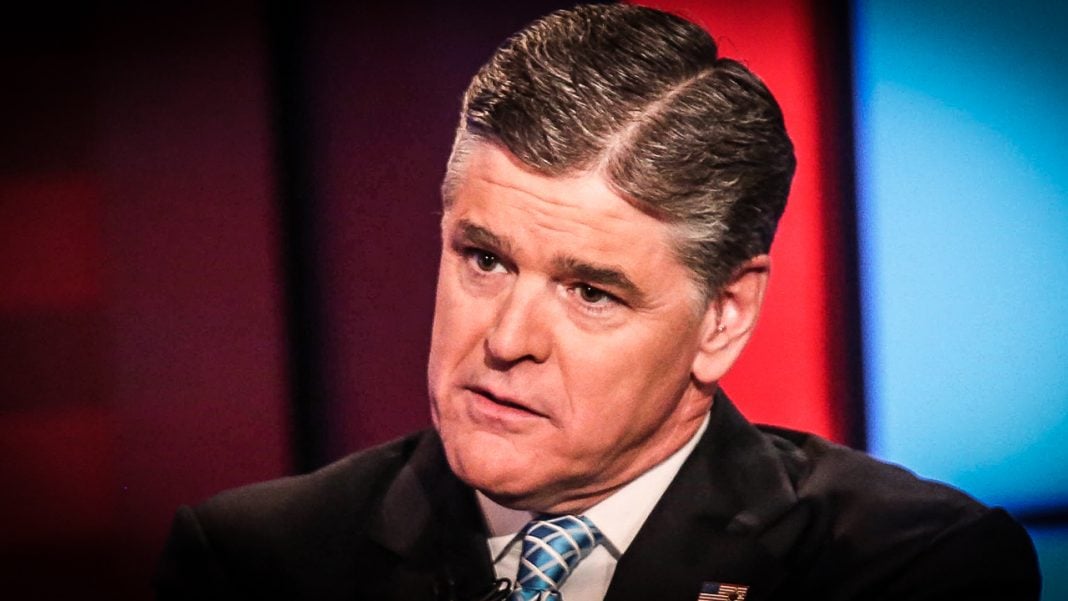 It’s becoming more and more difficult for even the most ardent Fox News supporters to say that the network has a bright future, and that includes some of the people who are currently hosts on the network.  Sean Hannity tweeted out that if things continue down this path, it could be the end of Fox News as we know it. And to be honest, that would be a blessing for the United States. Ring of Fire’s Farron Cousins discusses this.

Things at Fox News might be even worse than most people realize. The man who had been president of the network for about a year after Roger Ailes was ousted was ousted yesterday, and now a woman has come in, and Sean Hannity isn’t very happy about that. Sean Hannity tweeted out a response to somebody who asked him a question said, “This might be the end of FNC as we know it. Done. If this continues.” Now, if this continues, we’re not quite sure exactly what he means. Maybe he means working for a woman, but perhaps Hannity has enough self-awareness to understand that if this continues might mean the criminal behavior of Fox News.

I say criminal behavior because some people may not realize that Fox News, the network itself, is actually under criminal investigation for covering up the settlement payments that they’ve had to pay out to sexual harassment victims. They hid that information from the network shareholders, a move that is illegal, but Fox News is becoming this, I don’t want to say elephant in the room, because we’re all talking about it, but it has become this disaster of a catastrophe of a nightmare for everyone at that network. Most of them deserve it. Sean Hannity deserves this. Tucker Carlson, Bill O’Reilly deserve this.

The women who were sexually harassed absolutely did not deserve that kind of treatment. They don’t deserve that kind of behavior. The people who are just working there because they need the jobs or because they’re good at what they do, they don’t deserve this. They’re not the ones out there spewing this partisan, horrible, nonsensical rambling that this network puts out every day. It’s the hosts, the Steve Doocys, you know, the Brian Kilmeades, the Tucker Carlsons, the Hannitys, those are the people doing damage to this country, and they deserve what is happening to this network because they have fostered it, and in some cases, according to allegations, have participated in it.

Fox News does deserve to go away. Fox News as we know it, as Hannity says, does need to die. It’s time for this network to go away. I mean, for 20 years or more they have been causing unquestionable damage to the United States. They’re the ones that helped George W. Bush win reelection in 2004 in spite of the fact that he had a negative approval rating. That kind of thing didn’t happen before that, but Fox News out there every day preaching to their easily manipulatable right-wing audience helped this man get elected. They helped promote Donald Trump and get him elected, along with Morning Joe. They’re the ones who did that, so yes, they have caused uncountable damage to this country, and they deserve what’s happening to them. They deserve to fall apart. They deserve to go out of business.

Rupert Murdoch has been a cancer on planet Earth. He is spreading anti-climate change propaganda, right-wing propaganda, capitalist right-wing [Iran 00:03:24] libertarian laissez-faire nonsense that doesn’t work in the real world, but that’s what the network does. It’s brainwashed enough people in this country that they think we can have trickle-down economics. The lowest class believes that if we give the wealthy more tax breaks they’ll eventually get some of that money, and it’s because Fox News tells them that. Now, not all of them believe it, but there are enough that do, and it is because Fox News is telling them that. I hope Sean Hannity is right, and I hope more than anything that this is the end of Fox News as we know it.