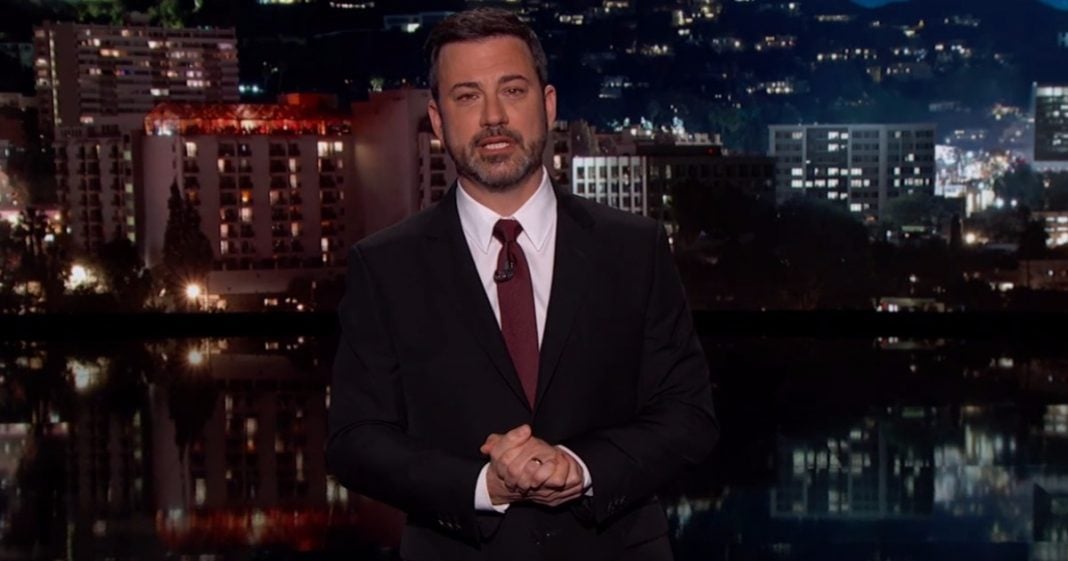 As Republicans continue to wage war on the Affordable Care Act without a single viable replacement in sight, many are having to think hard about what it might mean to lose some of the most vital aspects of the ACA in their own lives.

Taking a break from the levity and merriment of his nightly show, Jimmy Kimmel shared his own recent experience with the American medical system when it came to his own newly born son.

When Billy Kimmel was born just last week, the infant was rushed off to emergency surgery as a result of a dangerous heart condition. Kimmel was grateful for the aide of the doctors and nurses but also noted if it were not for the ACA, his child might be denied health insurance for his entire life based on his heart condition.

As it is, Billy will need several open heart surgeries throughout his young life in order to keep him alive and healthy. Without the ACA, that may not be possible at all.

Kimmel wanted his audience to know that his experience with his young son was the same experience so many other Americans are facing each day, and that without the benefits provided by Obamacare and its requirement that insurance companies must cover preexisting conditions, babies like his might not live to adulthood.

“If your baby is going to die and it doesn’t have to, it shouldn’t matter how much money you make. I think that’s something that whether you’re a Republican or a Democrat or something else, we all agree on that, right?”

Unfortunately, while that compassionate stance might seem universal, even now, Paul Ryan is seeking to dismantle the preexisting conditions coverage in the Republican replacement for the ACA.

We need more stories like the one Kimmel shared on his show in order to remind our elected officials that many benefits provided by the ACA should and must remain in place. We have come too far to let babies with treatable illnesses languish and die from lack of coverage.