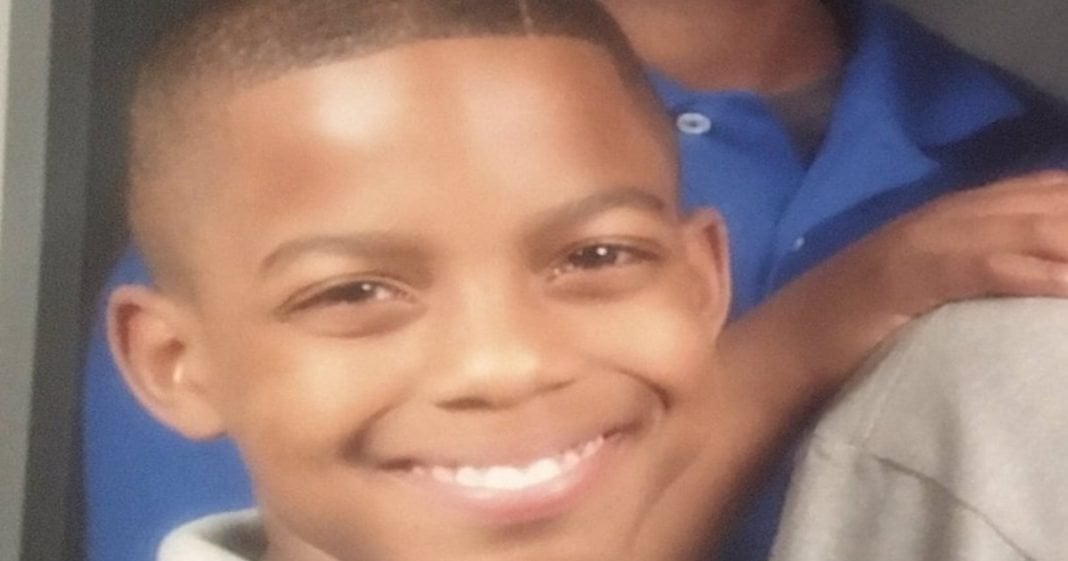 Saturday, officers from the Balch Springs Police Department in Texas were responding to a call of drunk teens walking in a neighborhood when they heard gunshots. According to police, a car began “backing down the street in an aggressive manner.” This prompted an officer to shoot at the vehicle, killing Jordan Edwards, a black high school freshman.

According to Lee Merritt, the attorney representing Jordan’s family, Edwards was with several other teens at a party when they heard that the police had been called. As they went outside to their car, the teens heard yelling and gunfire, so they started to leave. As the teens were backing out of a parking space, three bullets were fired into the car through the driver’s side window. Jordan, a straight-A honor student at Mesquite High School, was at the party with several of his football teammates.

The car full of teens continued on for about a block before they noticed there was smoke coming from Jordan’s head. Jordan’s older brother who was driving the car then stopped a nearby police cruiser for help.

An unarmed 15 y/o child died after being shot in the head by Balch Springs PD (TX). A cop shot muliple rounds into a car filled with teens.

After interviewing witnesses, including the other teens in the car with Jordan, Merritt said that none of the teens in the vehicle had been drinking or causing any trouble. Additionally, he does not believe the driver was driving aggressively.

“They were simply leaving a party where they believed danger was, so I can’t wrap my mind around why an officer decided to shoot into the car.”

As media pressure on the Balch Springs PD mounts, police chief Jonathan Haber has cited “threats through social media toward officers” in an attempt to paint the officers as the real victims in the shooting.

Media has asked me about “threats” to the @BalchSpringsPD It’s a shame media makes victims out of LE, while LE makes victims the villain

The Dallas County District Attorney and the Dallas County Sheriff’s Department have launched an investigation into the matter and the unnamed officer involved in the shooting has been placed on paid leave. However, Merritt and the Edwards family are calling for more to be done. They are asking for the officer to be identified, arrested, and charged. Merritt has also asked for the police video of the incident to be publicly released.

The police were called to investigate kids who were allegedly drinking, so they had a reasonable idea that a car leaving the party would be full of under-aged teens. Yet, they fired shots into the car anyway. Further, it stands to reason that if gunshots were indeed fired, teenagers would likely try to distance themselves from the situation. That did not matter to the police officer that fired into the moving car.