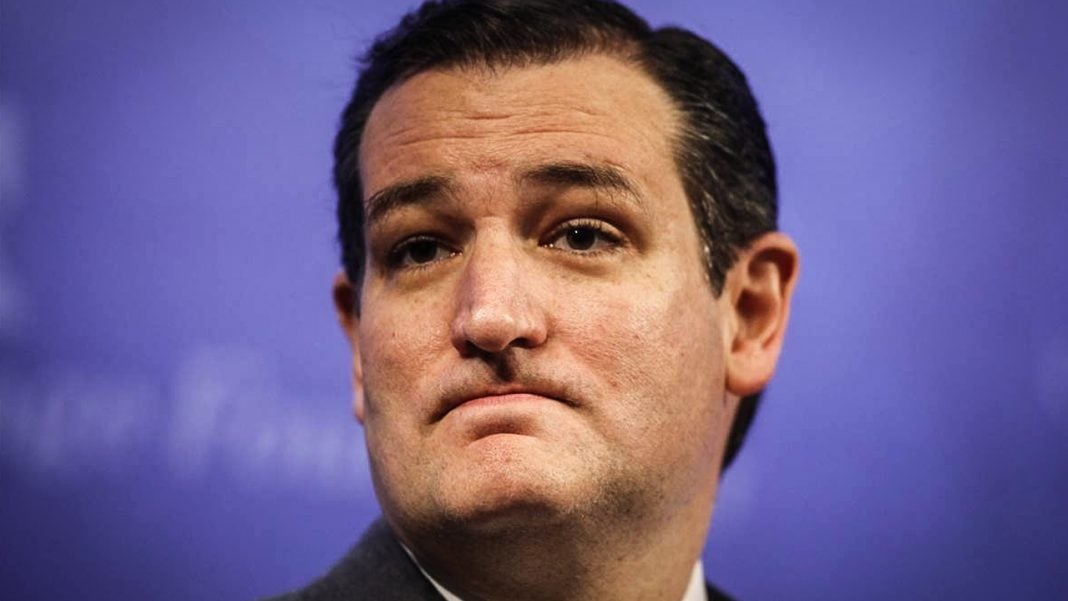 Republican Senator Ted Cruz has a “brilliant” plan to pay for the idiotic border wall – He wants a Mexican drug lord to fund it.  The U.S. is currently trying to seize about $14 billion in assets from El Chapo, and Cruz believes that the best way to use that money, if it is ever recovered, is to pay for the border wall that nobody wants. Ring of Fire’s Farron Cousins discusses this.

Republican Senator, Ted Cruz has a plan to pay for Donald Trump’s border wall without making a dent in the Federal budget. According to legislation that Ted Cruz has introduced, he is going to have El Chapo, the Mexican drug lord pay for most, if not all of the border wall between the United States and Mexico. As it stands right now, the United States is trying to recover 14 billion dollars in assets from El Chapo. Ted Cruz has introduced legislation to just take that 14 billion and put all of it towards this border wall that most Americans do not want in the first place.

Now, they’re are several obvious caveats with Ted Cruz’s legislation. First of all, we don’t know if we’re even going to get that 14 billion dollars. Second of all, if we do recover that money, could we not find a better way to spend it? I mean, if Republicans right now are talking about the fact that we can’t afford the Affordable Care Act, they want to take away the subsidies, because that’s just too expensive. What if we took the El Chapo money and instead of making a border wall that’s easily climbable by criminals, we use it to give Americans health insurance? We use it to help the poor pay for the healthcare coverage, so that they don’t die from not being able to go to the doctor. I don’t know, I’m just spit-balling here, but I think that’s a much better way to use 14 billion dollars.

You know what’s concerning about this, is that Ted Cruz is a lawyer. You can’t just write legislation which is cleverly titled, “The El Chapo Act” to take money away from a foreign citizen and use it to pay for a wall. Now, any analyst who has looked at this whole wall issue, understands that a wall will do precisely nothing to keep people out of the United States. All it’s going to do is create hostile attitudes for people coming into the United States and for people in the United States. This walls not going to keep anybody out. It’s just going to piss people off. If you want to worry about people coming over here, think on how bad it’s going to be once you tell them we don’t want you, we hate you, we’re building this wall so we don’t even have to look at you. It’s going to get so much worse if we build this stupid wall, that again most Americans don’t want. We would rather see that money go to other things.

If we’re not going to use it to fund healthcare, hell how about public education? How about we spend it on the children? On the future? How about we use it for climate change mitigation? Well I guess we can’t do that, because you guys don’t even believe in climate change. Here’s the truth. Ted Cruz is in trouble in the state of Texas. He’s not pulling so well. There’s talk he may not win his next election. What does he do to bolster his conservative credentials? He goes out there and he introduces this piece of legislation that he knows is going to fail, saying that we’re going to take the worst of the worst of this Mexican drug lord and we’re going to use his money to fund this border wall. How do you like that, racists? That’s what he’s saying. Will it play in Texas? Will it play? I don’t know. Maybe.

I’m sure he’s going to gain a few votes from it. The question is, how many is he going to lose because of it? Everybody knows what this piece of legislation is. This is a dog and pony show put on by Ted Cruz, because he’s out of ideas. He wants to save his own skin, and so this is the best he can come up with, by saying we’re going to take 14 billion dollars that could easily fund any one of the problems that the United States is facing. Instead, I’m going to spend it on something that nobody wants, not only to bolster my credentials with my voters, but also maybe to gain a few points with Donald Trump. That’s what Ted Cruz is doing right this piece of legislation.