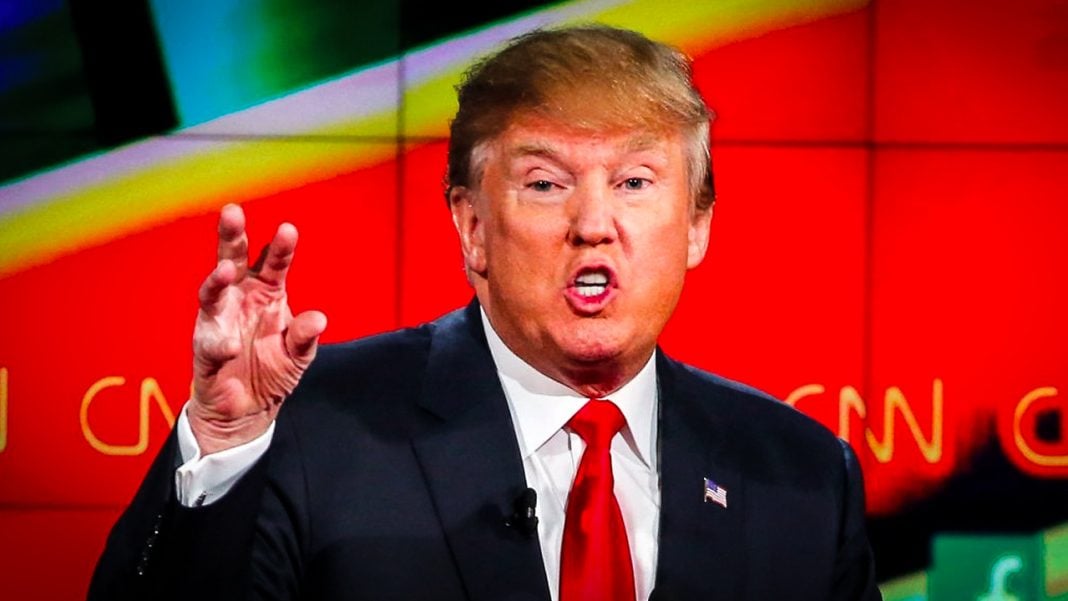 It’s no secret that Donald Trump isn’t a fan of the press, but according to his Chief of Staff, the President is considering either amending or completely abolishing the 1st Amendment in order to teach the press a lesson about being mean to him. Ring of Fire’s Farron Cousins discusses this.

Donald Trump has made it clear, even before he became President during the campaign, that he does not like the coverage that the press has been giving him mostly because they actually point out when he’s lying. So, as president, what can he do about it? Well, according to White House Chief of Staff and former head of the Republican Party, Reince Priebus, Donald Trump and the administration have considered and apparently are considering amending or outright abolishing the First Amendment to the U.S. Constitution in order to fight back against all of the negative press that Donald Trump has been getting since he took office. Think about that. This man is so petty, so small, so egotistical and so sensitive to negative coverage that he literally wants to change The Constitution or at least has considered changing The Constitution so that we no longer have freedom of the press in the United States. Something that has been around since the beginning of this country. Donald Trump wants to do away with it according to Reince Priebus because he can’t handle people saying negative things about him or God forbid calling him out on his lies.

This, again, is psychopathic behavior here folks. We are dealing with someone who clearly has a diagnosable mental illness. His narcissism is going to destroy this country. It’s going to destroy the United States Constitution. You don’t even consider doing something like this. You cannot take away the First Amendment. I mean, obviously, for Priebus to suggest that Trump has considered this, that they are still considering this, they know they can’t do anything about it really. You would have to have a Constitutional Convention. You’d have to get two thirds of the votes in Washington. It’s not going to happen, but the fact that they’ve considered it, the fact that they have looked into it and they’re trying to figure out how to do this, should frighten every American. You know, this story has not gotten near enough coverage as it should have.

Think about this, anytime somebody talks about maybe we need tighter gun laws, those Second Amendment people are out there in a flash defending that Amendment saying, “You can’t touch it ever, ever, ever, ever.” What about the First Amendment? You know, freedom of the press, freedom of assembly, separation of church and state, saying that the state is not going to promote any one particular religion. You’re okay with getting rid of that one though, right? As long as we don’t touch your guns. Because you know what comes after the First Amendment? The Second Amendment and if they see how successful it is stripping us of the First Amendment, don’t you think they’re going to start coming after the rest of them? Trust me, Donald Trump doesn’t want you guys to have guns either. They have already said, The NRA blocked people from carrying guns into a thing that Donald Trump was doing. So, yeah, he’s cool with you guys not having guns too.

So, just go ahead, stay silent as the rest of us lose our rights because eventually it’s going to come down to you as well. We cannot just sit here and allow this administration to even toy with the idea that they’re going to repeal or somehow alter our First Amendment protections. But, again, that is how fragile Donald Trump is. You know what I find so interesting? The Conservatives out there and that term they’ve been throwing around for about a year, snowflake, these Liberal snowflakes. They can’t take any criticism. Really? The real snowflake here is your president who wants to change the very fabric of this country so people stop saying mean things about him. Who’s the real snowflake there? Is it the Liberals or is it President snowflake who can’t stand criticism to the point that he wants to destroy The U.S. Constitution? This isn’t right, folks. This isn’t normal. Let’s stop acting like Donald Trump has any shred of presidential ability or maturity as a human being inside of him, because he doesn’t. He is the kind of guy that will burn this country down just to spite every single one of us. Clearly, according to Reince Priebus, he’s already trying to do that.