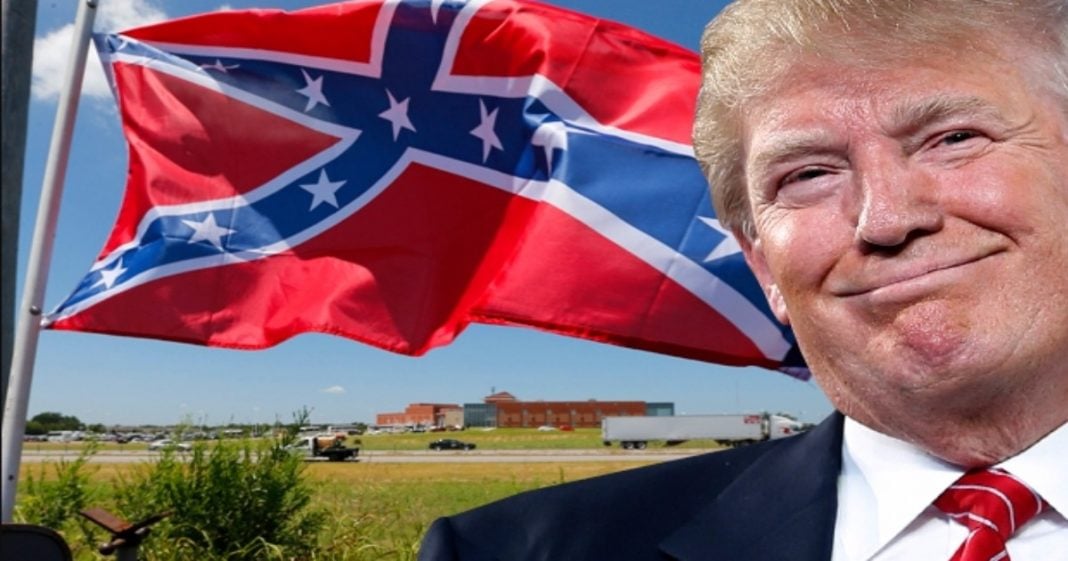 President Trump is not known for being a historian or a real knowledgeable guy all around – that’s not “fake news,” that’s just a fact. Still, when the President of the United States says something particularly ignorant, one is never really ready to feel their jaw hit the floor.

During an interview on “Main Street Meets the Beltway” on SiriusXM, President Trump was asked about visiting President Andrew Jackson’s memorial during a recent trip to Tennessee when his response went off the rails.

“Why was there a Civil War?” the President queried.

I’m not a historian either, Mr. President, but I think it’s clear why no one asks “why” about the Civil War – because we already know!

The President’s revisionist history ignorance didn’t stop there. He also lavished Jackson with praise, noting that he had a “big heart.”

“I mean had Andrew Jackson been a little bit later you wouldn’t have had the Civil War. He was a very tough person, but he had a big heart.”

I’m not sure, Mr. President, with your background on treating women so kindly, but is repeatedly raping your slave and failing to claim your own mixed-race children big hearted? How about instigating the Trail of Tears and the slaughter of thousands of Native Americans? Is that what a person with a big heart would do?

Does anyone remember that hokey show “Are You Smarter than a Fifth Grader”? At this point, it is clear that President Trump would fail miserably on that show, and his continued proud ignorance is a stain on our nation.

One other fact-checking note: Andrew Jackson died 16 years before the Civil War began.

While this may seem to be mere stupidity (and may indeed be), this is just the most recent in a long string of damaging, revisionist comments made by this Administration. Whether it be failing to mention Jewish People on Holocaust Remembrance Day or Ben Carson referring to slaves as “immigrants,” the far-right is painting a picture of the past that excludes the suffering of millions in favor of a brighter, kinder view of White America.

This may be the kind of boneheaded comment you have to hear for yourself to believe it. If so, here you are:

Trump asks why the Civil War couldn’t have been “worked out” …the kind of answer that requires audio to fully absorbpic.twitter.com/OI86ATES4V