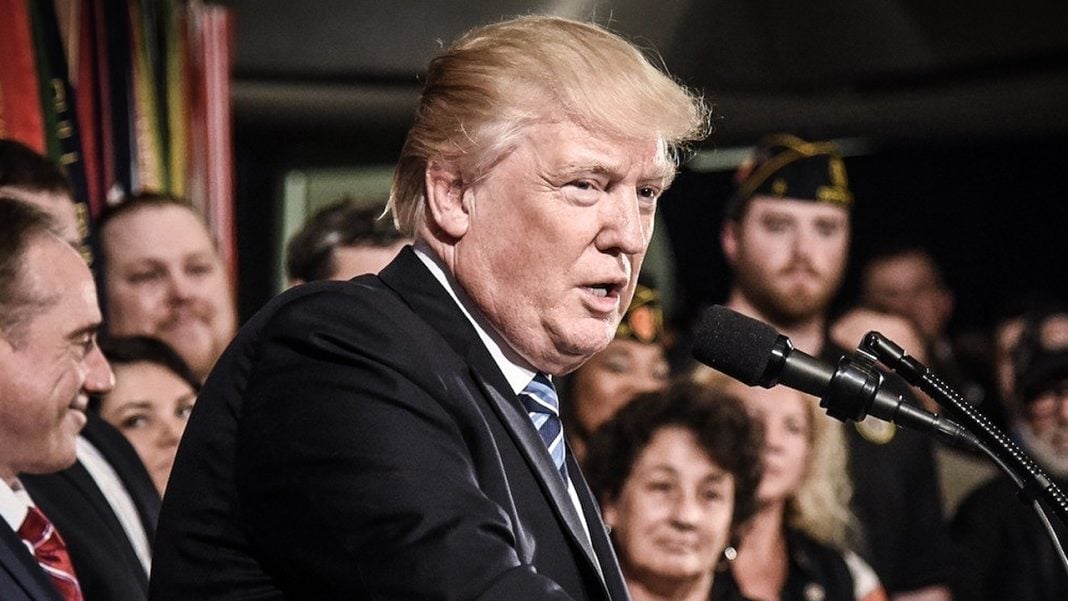 David Stockman, the economist who developed the theory of trickle down economics during the Reagan administration, says that Trump’s tax plan is a disgusting giveaway to the wealthy elite and that it will result in an economic downturn.  Stockman has admitted that his theory of trickle down economics is implausible, and he regrets the damage that his policy has caused this country. Ring of Fire’s Farron Cousins discusses this.

If you’re not familiar with the name David Stockman, you need to be. David Stockman is the economist who is responsible for decades worth of horrible Republican tax policy. He is the guy who, during the Regan administration, invented the theory of trick down economics. David Stockman is the economist who came up with the idea that if you give rich people more money, they will spend it to help everybody else and then every ship on the bay rises. Well, many years ago, during the last few years of the Bush administration, David Stockman finally came out and he said, “I was wrong. I was wrong about trickle down economics. It is a theory that will never, ever, ever possibly, under any circumstances, work in practice.” In short, this thing that he created, that Republicans have essentially turned into their bible, he admitted is a total fraud and there is no way it could possibly work.

Having said that, Donald Trump’s new tax plan is specifically designed, not only to give more tax breaks to the top 1%, people like Donald Trump, but according to members of Donald Trump’s own cabinet, not only is it going to do nothing to provide tax relief for the middle-class, but now they’re telling us it may actually raise taxes on the middle-class. I mean, after all, we’re going to have to do that because the wealthy are going to be paying even less. We need people to kind of make up that difference, folks. I mean, let’s not be greedy here. Middle-class, lower-class, you guys are going to have to give up a little more because we’ve got to give the wealthy people even more money. That is what is happening under the proposed tax plan from Donald Trump.

David Stockman goes on CNBC this past week and he tells them that Wall Street investors, who are so giddy and excited about Donald Trump’s tax plan, are living in a fantasy land. They know, according to Stockman, that this will not work. They know what it will lead to. But here’s the thing. They don’t care. They don’t care because it’s going to result in short-term profits. Long-term losses, short-term profits. But these people on Wall Street understand that you can make as much money as quickly as possible, you can cash out, and get the hell out of dodge. The rest of us, those with pensions who are invested, that we can’t just pull our money out, it’s stuck there, if we try to take it out, you get these huge penalties, you lose half the value, we’re stuck in this. We’re the ones who will feel the crash when it inevitably happens due to Donald Trump’s tax plan.

David Stockman, for all the mistakes he’s made in his career, is trying to warn us about that. He tried to warn us about that in the last few years of the Bush administration. But Republicans didn’t listen. Republicans aren’t listening now. They don’t care. All they know is that one time Stockman said this would work and so by God, they’re going to keep trying it every chance they get, even though every time we have tried trick down economics, we end up in a recession. Every single time. Not most of the time, not some of the time, not almost all of the time. Every single time.

That is where we are headed with Donald Trump. I guarantee you it’s going to happen a hell of a lot faster under his plan than it did under George W. Bush. At least with Bush, it took six, seven years to really kind of hit rock bottom there. With Trump, because of the lax kind of tax policies of Obama, we’re going to be headed there within a year or two. We’re already seeing the number of jobs in the United States created go down. We’re starting to see Wall Street profits go up. It’s the same thing. We have seen this before, folks. David Stockman has seen this before and he’s trying to warn us that Donald Trump’s tax plan is a giveaway for the wealthy elite and it’s going to severely punish middle-class Americans. But again, Republicans don’t care. It doesn’t matter how much money in taxes the middle-class pays or the under-class has to pay, as long as those wealthy, those people who write those checks to their campaigns, get a bigger tax break. That is all that matters to the Republican party.