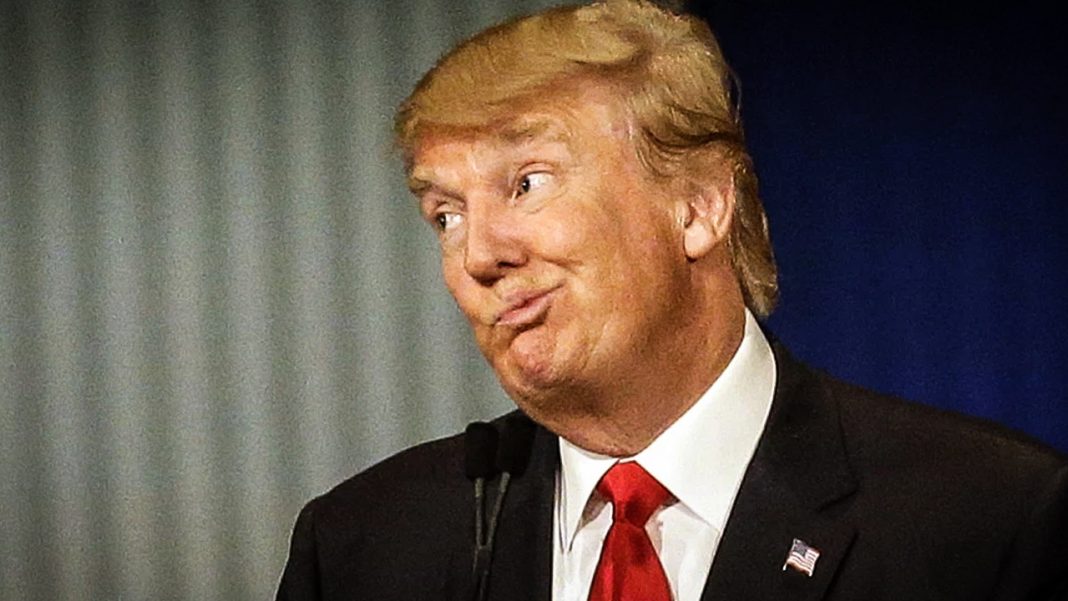 During his first 100 days in office, Donald Trump told no fewer than 488 outright lies to the American public, bringing his lie tally to once every 4.9 hours. He had at least 4 days where he told more than 20 lies to the public, according to The Washington Post’s Fact Checker.  He now holds the record for the most lies by a president in their first 100 days. Ring of Fire’s Farron Cousins discusses this.

This past weekend, we hit Donald Trump’s 100th day in office, and so the Washington Post took it upon themselves to let us know just how many times the president has lied to us in those first 100 days, and the numbers should shock you. According to the Washington Post, Donald Trump now holds the record as the president who lied to the American public the most during their first 100 days in office. Essentially, given the amount of time he’s been in office, Donald Trump has lied to you more than any other president considering time served. He has lied during those first 100 days 488 times, which comes to an average of 4.9 lies a day. Every five hours Donald Trump tells a lie to the American public, on average.

Now, obviously there are some times where he goes a few hours, a few longer than that, without telling us lies, but we have also had at least four days, according to the Washington Post, with Donald Trump in office where he has told more than 20 lies to the American public. Folks, this isn’t normal. This is not normal behavior. It’s normal behavior for a sociopath, but not for a sitting president. Donald Trump has a very real problem with telling the truth. Do you know why? Because he has to feel better about himself. That’s the only reason we’re getting these lies, is so he feels better and looks better. It’s not even like he’s lying about things that are inconsequential. You know, he tells us lies about stuff Obama did, and he takes credit for some of the good stuff Obama did. Why? So he can feel better.

You know, he tells us that he is the one that negotiated the deal with Ford so they didn’t move their production to Mexico. That deal had been done six months before the election, but he still takes credit for it. This man is a sociopath. He has a very real problem with honesty, and to be honest, he shouldn’t be able to be president of the United States. We have got to put some kind of stricter controls in place to prevent people like this, these sociopaths, these psychopaths, from being able to become president. If Donald Trump applied for a job at any other company in the United States that he doesn’t own, he wouldn’t get it, or if he did work for another company, he would be fired shortly after because of his inability to tell the truth.

Yet, instead of being punished, we’ve put him in the highest office in the land, a man that lies to you on average every five hours. Do his supporters care? No. Do they know he’s lying to them most of the time? Yeah, but they still don’t care. We have seen polls that say that Republicans understand that Trump is not being honest with them, but they still support him. Now, there have been some that have woken up and they understand, “Wow, I screwed up. I should not have voted for this guy. He is dangerous,” but for the most part, most of the people who voted for Trump stand by that vote, even knowing information like this, knowing that in 100 days he told 488 lies.

This isn’t normal, folks. This isn’t normal behavior for a president. This isn’t acceptable behavior for a voting public. We have got to have better voter education in this country, but furthermore, people have to actually care about things. It’s one thing to be educated, but it’s another to care about it. You know, these people understand Trump is lying to them but they don’t care. We’ve got to get to the root of those problems. We have to understand why they don’t care. Is it because they think he’s going to bring their jobs back? Well, no. They know that’s a lie. Is it because of the border wall? Maybe. Is it because he tapped into the racist heart of America? Possibly.

Whatever that reason is, we have to figure that out, and we have to fix it, because people shouldn’t be okay with being lied to by their president. People shouldn’t think that’s acceptable. Think of how low Donald Trump has lowered that bar for who can be president in the United States, and then think about how disgusting future presidential elections are going to be because we’ve allowed this man, who is incapable of telling us the truth, to run our country.