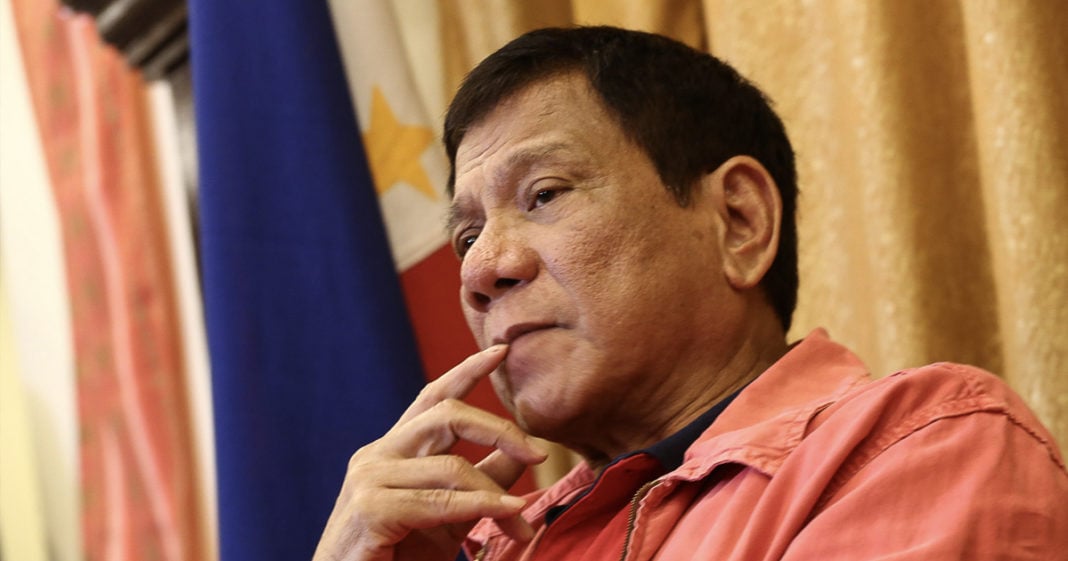 Rodrigo Duterte, the president of the Philippines and widely reviled murderer, is headed to the White House for an official visit thanks to a friendly phone call between Duterte and President Trump.

During a telephone call between the two national leaders, Trump invited Duterte to come to the White House, a continuation of the friendly relationship between the two men.

While previous White House administrations have kept murderous authoritarians like Duterte at an arm’s length, reports from the phone call between the man and the U.S. President said that the tone was friendly and that President Trump praised Duterte for his role in reducing drug distribution in the country.

Under Duterte’s direction, thousands of people associated with the drug trade have been murdered by police forces and vigilantes under the direction of the president. Many others have simply been caught in the crossfire and were guilty of no crime at all. Duterte’s actions have been widely condemned by human rights groups.

Duterte himself has also been incredibly disrespectful to the previous administration, calling President Obama a “son of a whore.” Additionally, he has bragged about murdering people personally in his time before becoming president.

He said this during a speech made late last year:

“In Davao I used to do it personally. . . And I’d go around in Davao with a motorcycle, with a big bike around, and I would just patrol the streets, looking for trouble also. I was really looking for a confrontation so I could kill.”

Is this the kind of politician that we want further besmirching the halls of our government’s center? Is this the man we want our own President emulating?