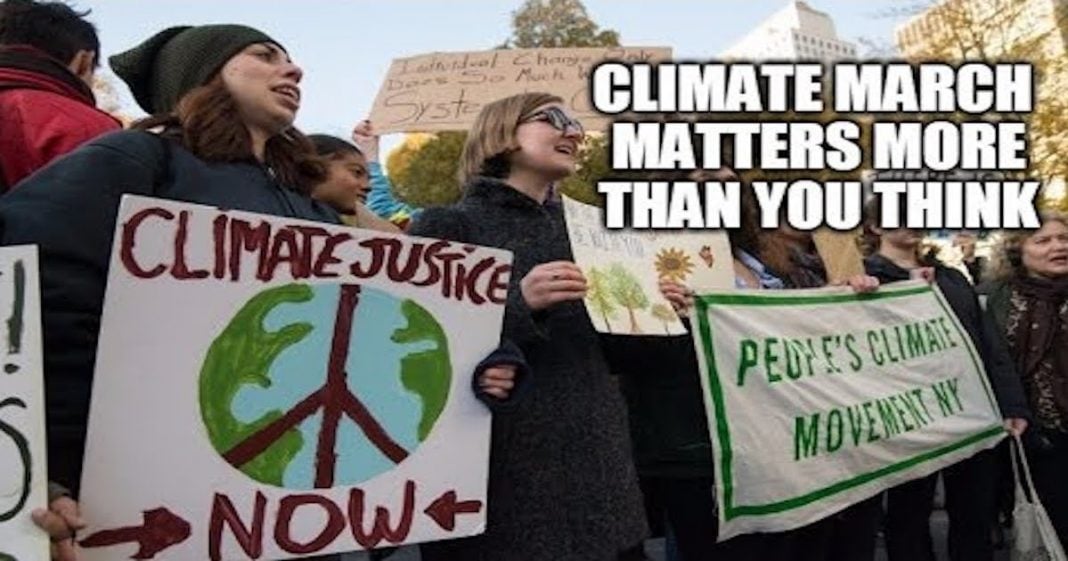 In the second half of this Redacted VIP, host Lee Camp covers the upcoming march on Washington, D.C. and the mainstream media’s laughable coverage of scientific facts related to climate change. The People’s Climate March will signal may signal a turning point a climate activism, but will people stay committed to the cause? When the mainstream media barely gives voice to scientific fact, what will be the future of the planet. Instead, the people they give platforms to on their networks have dangerous agendas. It may not be that they are climate deniers, but they just refuse to talk about the truth. This and more on Redacted VIP.