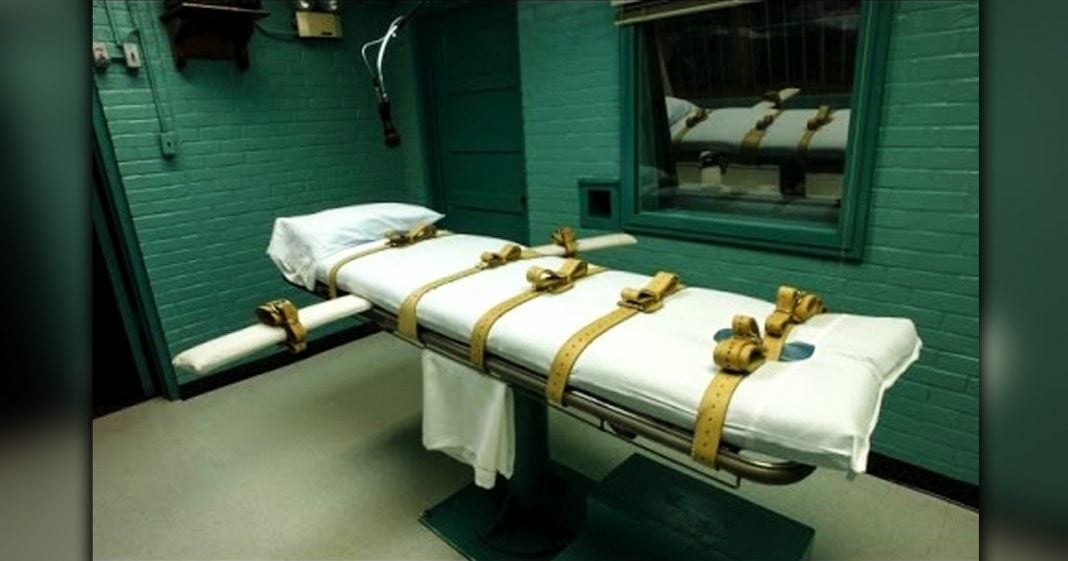 On Thursday, Arkansas completed its fourth execution of the month, yet another urgent slaughter which is directly related to the state’s soon-to-be expired supply of drugs used in lethal injections.

Like at least one other execution the state has recently carried out, many are now questioning whether the methods the state used to execute its fourth death row inmate were humane at all.

The execution of inmate Kenneth Williams did not go as planned. According to several witnesses present at the time of his death, Williams reportedly convulsed for several minutes after the drugs were delivered into his body, a sign that he may have been experiencing great pain.

The convulsions which lasted for three minutes were violent and startling to those present as Williams’ body struggled against the restraints.

A spokesperson for Governor Asa Hutchinson who was not present at the execution argued that these sorts of movements are not a sign of distress or pain, but rather an “involuntary muscle reaction,” that regularly occurs when surgical sedative midazolam is administered.

Williams’ attorneys disagree. Instead, they called what they witnessed in Williams execution “horrifying,” and are now calling for an investigation into the methods used to execute the man.

Earlier this week when a double execution was carried out in Arkansas, attorneys representing the second inmate applied for an emergency stay after witnessing what they called an “inhumane,” treatment of the first inmate. The stay was granted, then recalled, and the second inmate was put to death three hours after the first.

Now, half of the state’s executions have been openly questioned for their humane treatment. With so much skepticism leveled at the state’s methods of executions, might it be time to reassess whether Arkansas or any other state should be participating in state-sponsored murder at all?