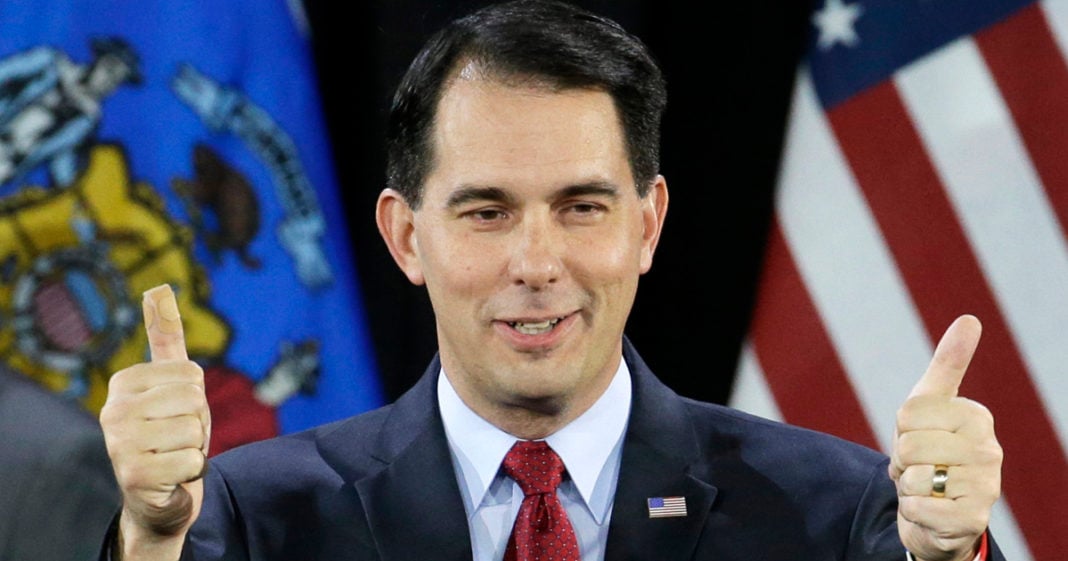 Wisconsin Governor Scott Walker has done a lot of bad things in his political career, but this may be the worst. Despite strong reports which indicate that Sheriff David Clarke knowingly allowed an inmate to be denied water for more than a week leading to his death, Walker says that he has no intention of removing Clarke from his post.

Walker would be fully within his authority to remove Clarke, but has responded to media queries about the subject by saying he feels it is not his place to do so.

In response to the reports about Clarke’s role in the death of the inmate, Walker said that the information was “concerning,” but that he would leave the decision up to voters instead.

As ROF’s Josh Gay reported Wednesday, the inmate’s death was reported as a homicide.

“When asked about the Thomas’ death, Clarke told The Guardian that the case “might be problematic.” Thomas’ death was ruled a homicide by the medical examiner’s office, which listed “profound dehydration” as the cause of death.”

Not only did Clarke and his underlings knowingly deprive a mentally ill man of access to water for an entire week, but the man’s corresponding death was ruled a homicide. The real question here is not why Walker hasn’t removed Clarke from office, but why isn’t this horrific man sitting behind bars himself?

It is clear here what is going on. Both Walker and Clarke are staunch pro-Trump politicians who are willing to lie and scheme as much as possible to advance their agenda. If Walker were to do what is right and have Clarke fired, he would turn away his pro-Trump supporters who adore Clarke’s violent politics.

Walker should immediately fire Clarke and do everything in his power to get the man arrested for the homicide of his inmate. Not doing so would be an abdication of duty from Walker and a clear sign to his constituency that he does not plan on defending their lives at any point over keeping his pro-Trump cronies employed.