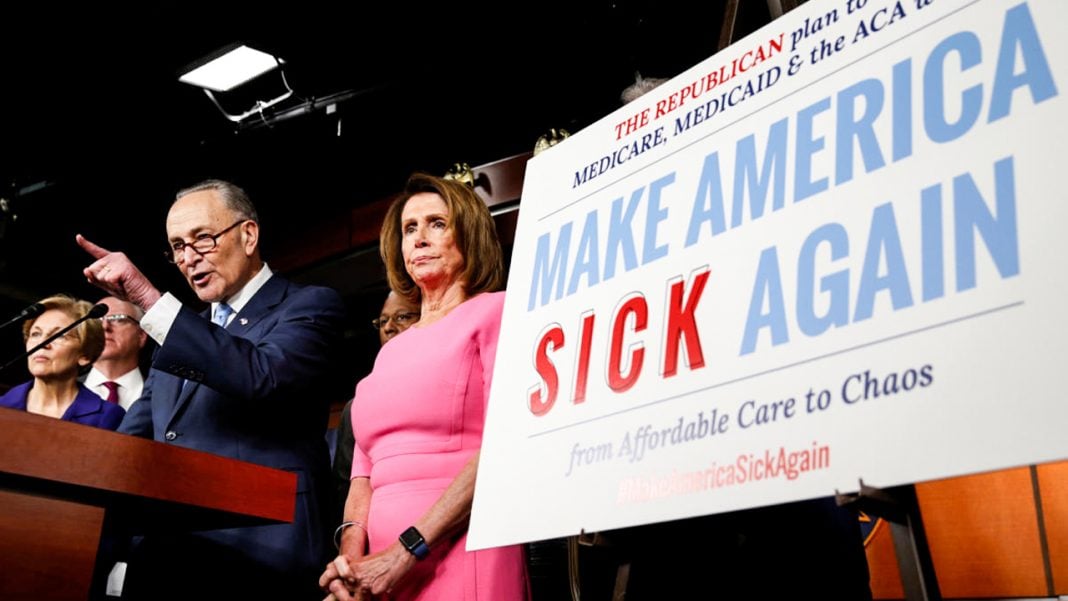 When President Donald Trump and a Republican Congress failed to repeal or replace the Affordable Care Act, President Trump promised that the program would soon begin to implode on its own. It appears clear now that even if the ACA does not implode naturally, Trump and Republicans will attempt to commit it to a slow death by suffocation.

Speaking to House Minority Leader Nancy Pelosi, White House budget director Mick Mulvaney said that they may be stopping all federal subsidies and payments towards the ACA as soon as next month, cutting significant funding and forcing insurance companies to ratchet up prices and even remove themselves from the marketplace entirely. This would be a drastic and unsupportable change to the healthcare system and the millions whom depend on it.

The White House plans to attack the ACA by gutting current subsidy programs called Cost-Sharing Reductions or CSR’s. These CSR’s subsidize the current healthcare market, significantly lowering prices for all but the highest earners in America.

The Republican leadership is attempting to hold these CSRs hostage in order to bludgeon through a insufficient budget, but Democrats say that they will refuse to vote for any budget that guts the ACA.

This is not the first time that the White House has made such a threat, but recent comments from both the President and the Speaker of the House indicated that they would leave CSR funding in place. Now, that indication appears to be in jeopardy.

Republican’s saber-rattling is of concern to both parties as a potential government shutdown looms. If the two parties cannot come to an agreement, the American people will likely turn the bulk of their anger on the party currently leading each branch of government. In this position, the majority party is forced to bend, at least in small part, to the will of the Democratic party.

It is incredibly dishonest for the Trump administration to artificially cripple the ACA in order to make a political point. If the government does withdraw funding from CSR’s, the healthcare system will begin to fail in earnest, and most Americans will simply blame the healthcare system rather than the political moves that crippled it.

When Republicans talk about allowing Obamacare to “implode” they are talking about willingly walking into a healthcare scenario where thousands will die while as many as 10 million will be left without any coverage at all. Republicans would do well to remember that they are not playing political chess, but are rather bargaining with the very lives of their constituency.