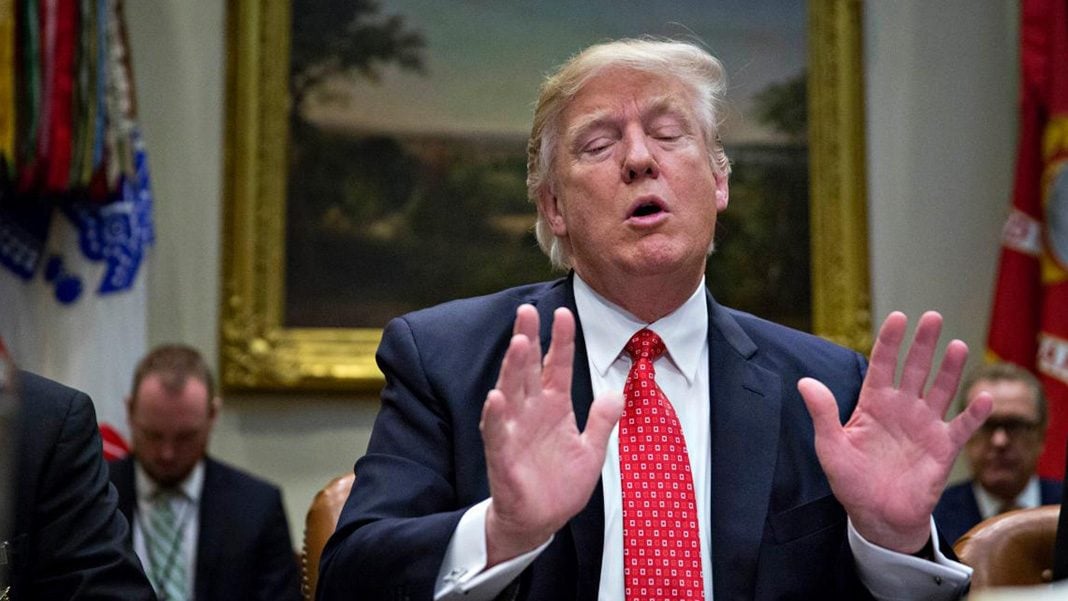 Donald Trump told us during the campaign that he would “punish” companies that shipped U.S. jobs overseas. Instead, he’s giving them lucrative government contracts worth millions. Ring of Fire’s Farron Cousins discusses this.

During his presidential campaign Donald Trump promised us that any company that shipped American jobs overseas would be, in his words, punished. They weren’t going to get federal government contracts, they were going to be taxed to hell and back. Basically, Donald Trump was going to do whatever he had to do to make sure that these companies understood that you cannot ship American jobs overseas and still reap the benefits that the federal government hands out. Unfortunately, like so many other things this was a campaign promise that Donald Trump has already broken. According to a new report by Good Jobs Nation and Public Citizens Global Trade Watch the amount of federal contracts going to companies that off shore American jobs is still at about 56%.

56% of federal government contractors also ship American jobs overseas. Now, this occurred during Obama, during 2016 it was going at a fevered pitch but since his inauguration Donald Trump has continued this trend of giving lucrative government contracts to companies that are shipping jobs, American jobs, our jobs overseas. Rather than punishing these companies as he promised to do he is rewarding them. They get to ship their jobs to other countries, pay workers far less than they would pay American workers, absolutely no benefits for these workers. No healthcare, no retirement funds, no pensions, no maternity leave, nothing. Then they can still turn around and get multimillion or even multi-billion dollar contracts from the federal government.

When contracts come from the federal government that means that we, the taxpayers, are the ones funding that. Everything from the federal government is funded by our tax dollars so we, the voters, people out there in middle America who were duped by these promises that Donald Trump made are the ones paying these companies to send our jobs overseas. Now, most of us understood that when Donald Trump made these promises he wasn’t serious. He doesn’t care about companies sending American jobs overseas because his companies literally do that. Most of his goods, most of the Trump branded goods that are sold in the United States are made overseas, many of them in countries with working conditions that border on sweatshops.