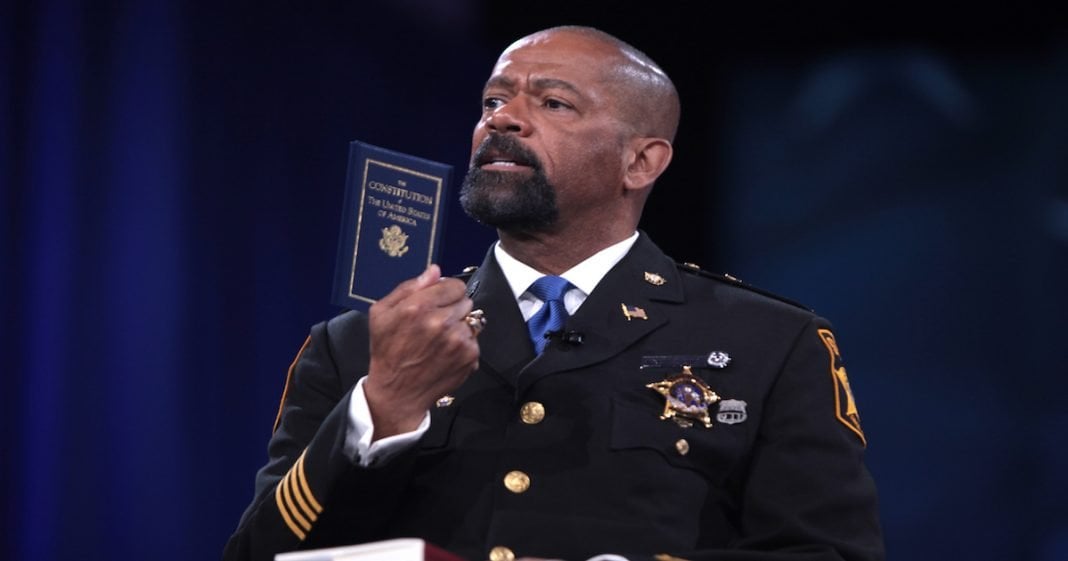 Terrill Thomas was denied water in solitary confinement for seven days in the Milwaukee County Jail. Just as his eighth day in solitary began, he was found dead. According to Assistant District Attorney Kurt Benkley, Thomas lost over 35 pounds, but because of bipolar disorder, “was unable to tell people about his basic needs.” Now, prosecutors are turning to a jury inquest to decide who should be held responsible.

Many are pointing fingers at self-proclaimed “Trumpster,” Sheriff David Clarke, who spoke on behalf of Trump at last year’s Republican National Convention. When asked about the Thomas’ death, Clarke told The Guardian that the case “might be problematic.” Thomas’ death was ruled a homicide by the medical examiner’s office, which listed “profound dehydration” as the cause of death. Clarke believes there may be more to the story:

“This guy was in bad health. It was a contributing factor.”

The water to Thomas’ cell was initially cut off after he flooded another cell. But the order to shut off Thomas’s water was never documented, nor was it shared with jail supervisors. Because the jail’s policy was for inmates to drink out of their sinks, Thomas was never offered anything to drink.

According to the Milwaukee-Wisconsin Journal Sentinel:

“Thomas was in jail following an arrest on charges that he shot a man, drove to the Potawatomi casino and fired two rounds inside the building. Family members said he was in the throes of a mental breakdown.”

Since taking office in 2002, more than a dozen prisoners have died under David Clarke’s watch and the Sheriff is named as a defendant in a lawsuit regarding the shackling of pregnant women in his jails. One such pregnant woman was forced to give birth in shackles on her cell floor, and the baby did not survive.

Clarke, who once compared the Black Lives Matter movement to the KKK, has previously said that police brutality does not exist:

“There is no police brutality in America. We ended that back in the ’60s. So, I don’t know where [BLM is] coming from.”

If Sheriff Clarke wants to know where claims of police brutality originate, he needs to start with his own prisons and jails.