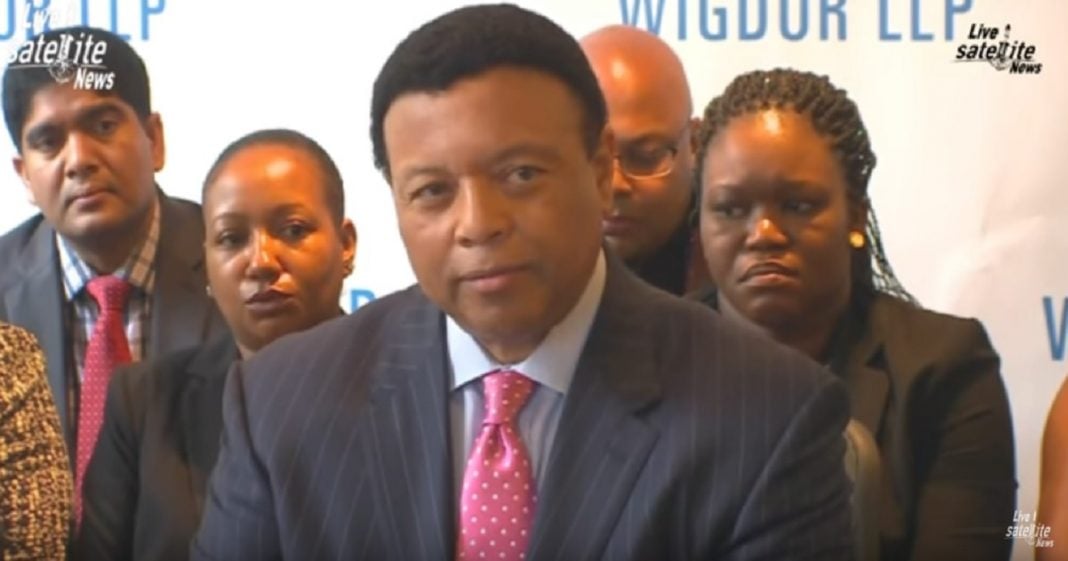 Amid multiple scandals involving sexual harassment, Fox News is now grappling with major accusations of “systemic and institutional racial bias,” against black employees of the network.

Just days after Fox star Bill O’Reilly was forced out of the network due to a mass exodus of advertisers related to his history of sexual harassment, Fox Anchor Kelly Wright has come forward to express what he suffered while at Fox.

Wright’s comments come shortly after a lawsuit was announced against Fox by several former black employees alleging racial discrimination. Wright, too, said he experienced this same discrimination, despite enjoying his work at Fox. Today, Wright joined the lawsuit along with 10 other plaintiffs.

“I should not have some sort of glass ceiling placed over me. Management should not place an umbrella or a lid over my career or the career of anyone… simply based on the color of our skin and what they deem is ‘acceptable’ to their viewers.”

Wright said that he was often told by colleagues and others that he need not worry about losing his job as he was serving as the network’s token presence – a sure sign that the network could claim to be not racist.

“Some people have said, ‘You’re in a good position, forget about it. Fox would never get rid of you because they need more black men to defend themselves against the critics who accuse Fox of racial bias.’ Well, I’m not here to be a token, either. I’m here to be a valued employee.”

Wright’s use of the word “token” is especially notable as it has been used by many to describe the rare employment of a black man or woman at the network.

Suggesting that Wright and other POC should feel grateful to be in a position of tokenism as job security helps to enrench these individuals in a system that rewards them for acting against their best interest. You should feel grateful, these statements seem to say.

It comes as no surprise that people of color employed by Fox would feel the sting of racial bias. Much like the women who claimed harassment, what Fox performs on air is magnified tenfold when the cameras turn off.

Fortunately, this lawsuit against the network serves as just another brick in the wall against Fox and its predatory ways.