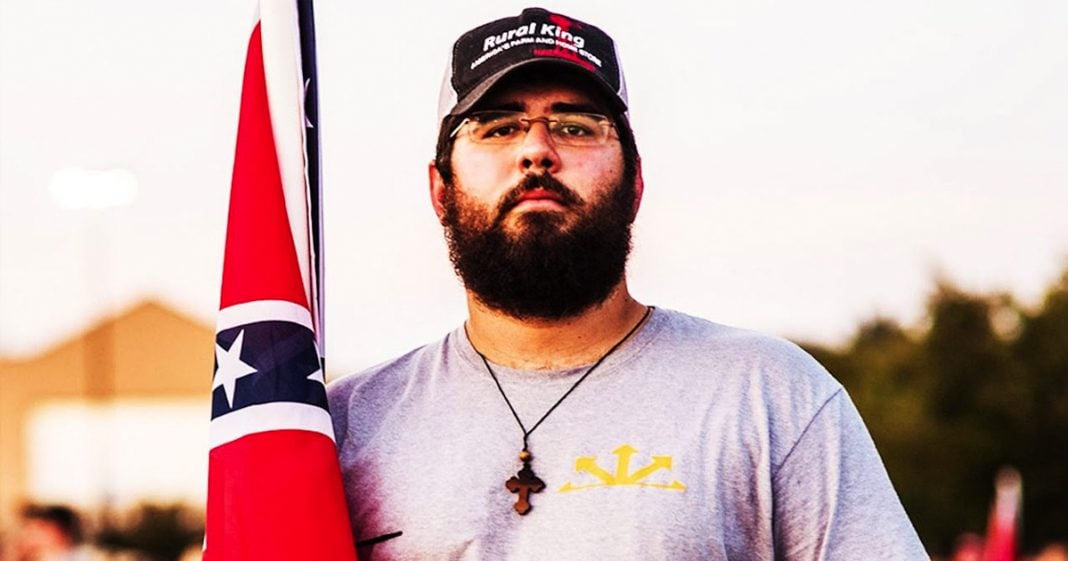 In this Majority Report clip, we watch a clip of Matthew Heimbach—founder of what is now called the Traditionalist Youth Network, a white nationalist organization, and the “training director” of the neo-Confederate League of the South—pushing a black woman at a Donald Trump rally. Heimbach is being charged with assaulting multiple protesters at the rally, but has filed a countersuit saying that “Trump had directed him and others at the rally to handle the protesters.”