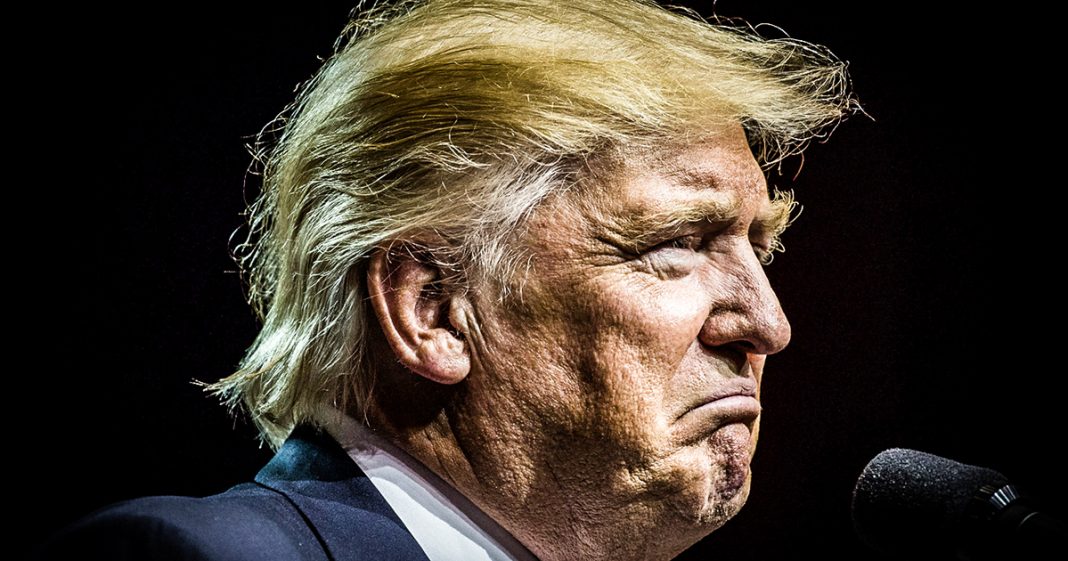 We’re just days away from the 100-day mark on Donald Trump’s presidency, and the latest polls show him having a 42% approval rating, making him the least popular president at this point in a presidency in modern history.  But this just begs the question – what is it that those 42% of people are approving? Ring of Fire’s Farron Cousins discusses this.

We’re now just a few days away from that ever important 100 day mark of Donald Trump’s Presidency. And according to the latest polls released in the last few days, he is set to end his first 100 days, as the least popular President in modern history, and the reason we say modern history is because, Presidential polling does not go back a hundred or 200 years, so technically he is going to end his first 100 days, with the lowest approval rating of any President in the history of US Presidential polling.

But here’s the thing, here’s the question that I actually have about this. According to those latest polls, 42% of Americans approve of his job. 42% approve of what Donald Trump is doing, so I ask that 42% this question. What exactly has he done, that you approve of? Even Sean Spicer, the White House Press Secretary, couldn’t list an accomplishment from this man, so what on earth are you approving of? Are you approving of the fact that he has had more resignations from his cabinet, than any President in the first 100 days? Are you approving of the fact that two of his executive orders for his little Muslim ban, were shot down by the federal courts, saying that, “You need to understand the law a little better.” Do you approve of that?

Do you approve of the fact that he wants to shut down the federal government to pay for his border wall? Or the fact that he is being investigated and members of his cabinet are being investigated, for their possible collusion with Russia to interfere with the US election? What is it that this 42% of Americans are actually approving of? He has done nothing to benefit anyone in this country, other than himself.

Do you approve of the fact that he has spent 12 weekends in a row, at a Trump branded property at US taxpayer expense? Do you approve of the fact, that he gave his unqualified daughter and his unqualified son-in-law cushy little jobs inside the White House? Where they’re just using it to make more money for themselves. I don’t understand this, I have tried to look at this from every angle, and at one point I did say, “Maybe, let’s just see what Trump’s going to do.” And I attacked him every step of the way, because every single time it was a horrible, horrible move, that did damage to the American public, and to American democracy.

So, yeah, Donald Trump does not deserve any approval rating, because he’s done nothing that we should approve of. He has nothing substantial to show from his first 100 days. He has no victories, he has no accomplishments. Oh, he got a conservative judge appointed to the Supreme Court, through a very conservative republican controlled Senate. Any idiot can do that, that’s not an accomplishment, that’s common sense.

Donald Trump should have an approval rating probably around 10, not 42. I think 42 is far too generous, considering the fact that this man does not have a single accomplishment to put on his resume after his first 100 days in office. So let’s hope that going forward, once we hit this hundred day mark, that we only have 100 more to go through, before somebody finally gets the guts to go through and impeach this man for his constant violations of the Emoluments Clause. I would be more than happy for Donald Trump to be a 200 day President, and then spend the rest of his life in prison, because that is what he deserves for what he is doing to this country.