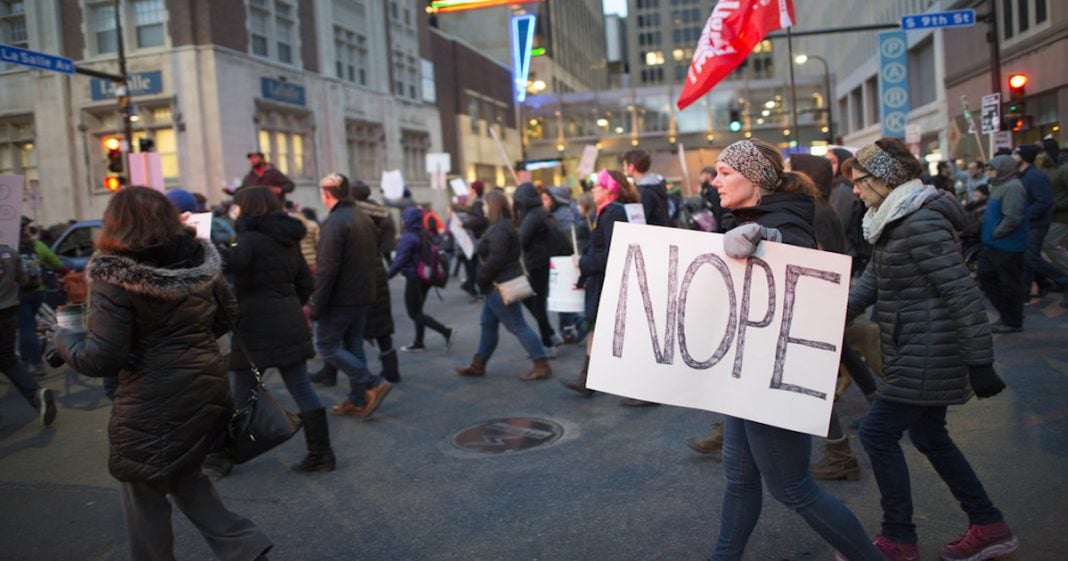 In January, President Trump issued an executive order that, in part, attempted to block so-called sanctuary cities from receiving federal funding from the Department of Homeland Security and the Department of Justice. Last month, Attorney General Jeff Sessions announced that the DOJ would not award grants to any city that could not certify that it was complying with federal immigration laws. Now on Tuesday, a federal judge blocked the Trump administration from following through with those policies.

Judge William H. Orrick ruled that cities and counties could face “immediate irreparable harm” if the federal government followed through with their threats. The ruling does not declare that the threats were unconstitutional, but simply that a constitutional challenge to the rules could succeed. The ruling states:

“The Counties have demonstrated that they are likely to succeed on the merits of their challenge to Section 9(a) of the Executive Order, that they will suffer irreparable harm absent an injunction, and that the balance of harms and public interest weigh in their favor.”

Ian Prior, a spokesperson for the Department of Justice said that the DOJ would keep up their efforts, to the extent the law allows:

“The order does not purport to enjoin the department’s independent legal authority to enforce the requirements of federal law applicable to communities that violate federal immigration law or federal grant conditions.”

While the Department of Justice had argued that the executive order only applied to federal law enforcement grants, Judge Orrick pointed to public comments from the President and Attorney General to establish the broad scope of the order. Orrick’s ruling said:

While Jude Orrick’s ruling could be appealed, it would be turned over to the 9th Circuit Court, which previously blocked Trump’s controversial travel ban.