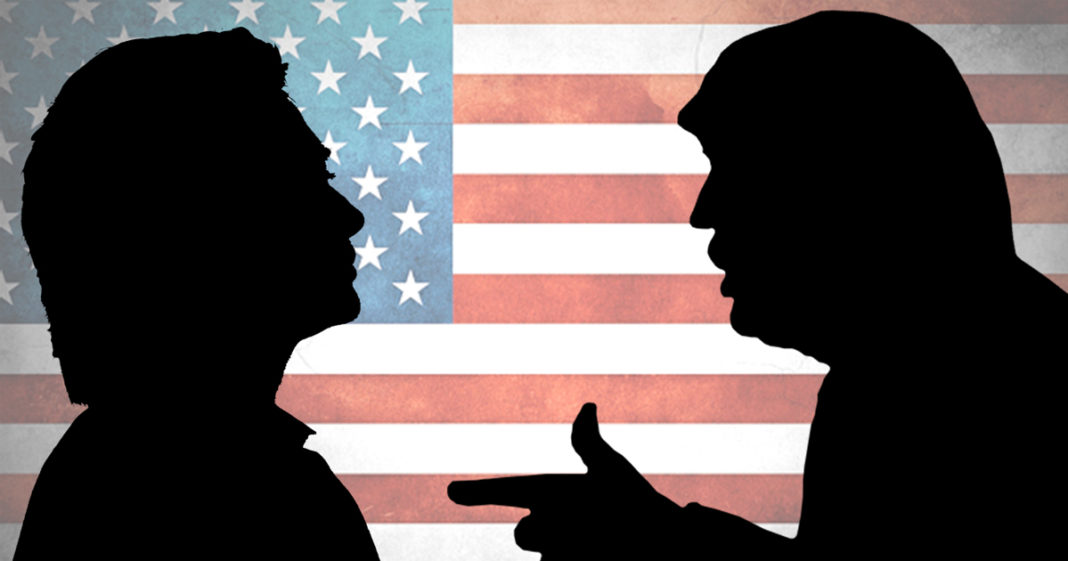 Donald Trump says that if the election were held again today, he would STILL beat Hillary Clinton in the popular vote.  This man is still living in an alternate reality where he refuses to accept that he lost the popular vote to Hillary Clinton by 2.8 million votes.  But he won’t let facts get in the way of a good insult. Ring of Fire’s Farron Cousins discusses this.

We only had 55% voter turnout, so that’s why you can’t say the majority of the country voted for Hillary Clinton, but the majority of people who voted, voted for Hillary Clinton, but she’s not president because we got this archaic electoral college system set up, which unfortunately is the only thing that the US Constitution actually calls for in presidential elections. In case you didn’t know that, we actually don’t have this right to elect our president. It’s only the electoral college. Go back and take a look at that. It’s very disturbing.

Regardless, Donald Trump is living in an alternative reality where he somehow beat Hillary Clinton in the popular vote, where everyone showed up to the polls in droves to declare their love and loyalty for grand master Trump. He doesn’t know that he didn’t win. Remember, he thinks that three to five million illegal people voted in this country and that’s why she won the popular vote. He honestly believes that. It is this lie that he has constructed in his own head to make himself feel better. It’s not because he wants to crack down on illegal voting. It’s because he has to make himself feel better. He has to convince himself that he’s not a loser. Yeah, he won, but you can win and still be a loser, and Donald Trump is a great example of that, because you lost the popular vote.

The illegal voters that we have found actually turned out to be Trump voters. Sorry. If you want to go crack down on them, go through republican roles and find out all the dirty tricks they’re doing to steal elections, go for it. I am 100% in support of that, but you’re not going to find the massive democratic voter fraud that you think exists or that you’ve said exists, that your supporters think exists.

You see republicans on social media all the time say, “It’s funny how all these dead people voting always vote for democrats.” I suggest you folks turn off Fox News for a few minutes. I suggest you go read something. Maybe, maybe then you’ll understand that the confirmed cases of voter fraud from the 2016 election were republicans, but Donald Trump will never accept it. It doesn’t matter how much evidence you put in front of him, how many books he reads, how many people tell him otherwise, he is going to believe whatever his pathetic little body needs to believe to make himself feel better because he is that inadequate and insecure as a human being that he can’t accept the fact that he was beaten in a presidential election by a woman.