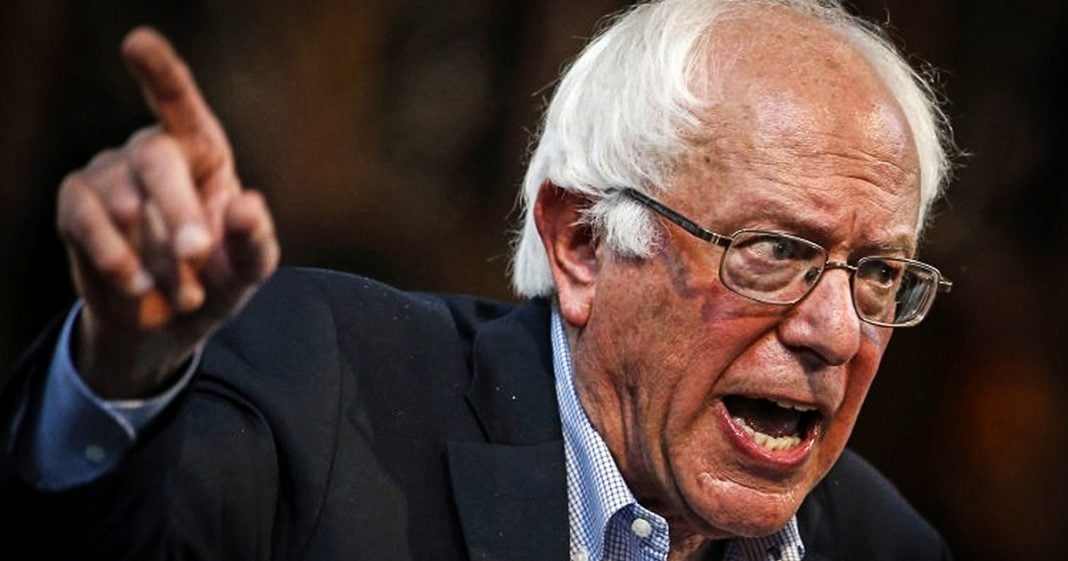 Senator Bernie Sanders had some unpleasant, but honest, things to say about the Democratic Party in a recent interview, including the fact that the model that the Party has been using is failing. He pointed to a string of electoral losses by the Party that show that they have to come up with a new strategy to compete in a new world. Ring of Fire’s Farron Cousins discusses this.

On CBS’ Face the Nation this past weekend, Vermont Senator Bernie Sanders said that the model of the Democratic Party is failing. I know there are a lot of Democrats that immediately took to Twitter to say, “Why are you constantly bashing the Democratic Party? Why are you doing this? This isn’t helpful. Didn’t you just come off a unity tour?” Well, here’s the thing about what Bernie Sanders said. Yeah, it’s harsh and it’s unpleasant, but it’s 100% true.

Think about this. When Barack Obama came into office in 2008, he came into office with a Democratic-controlled House and a Democratic-controlled Senate. The Democrats had everything except the Supreme Court. In 2010, we lost the House and we haven’t had it back since. A couple years after that, we lost the Senate and we haven’t had it back since. For the last four, five, seven, eight years, the Democratic Party as a whole, not just talking about the presidency because yeah, Obama was reelected in 2012, but as a whole, we’re losing. We lost state governorships. We are losing state houses. The Democratic Party has less power today than they have since the year 2000, less power today.

So if you want to go out there and attack Bernie Sanders for saying the Democratic Party model isn’t working, go right ahead, but just understand that you’re lying. The Democrats have no power, and they keep losing power, so yeah, your model is failing. Your campaign tactics are failing, because your party is failing to win. You can’t look at a string of losses and say, “Well, hey, Bernie, you can’t talk bad about us.” I mean, look at the Cleveland Browns. They won one game in the 2016 season. You don’t think that they’re saying, “Hey, our model is failing. We got to fix this,” you know? The Democratic Party would look at it and say, “That one game they won was worth all of the other losses.” No, not how it works. Not how it works at all.

The Democratic Party needs to understand why they keep losing, and that’s what Bernie Sanders is trying to point out here. He’s not doing it to just bash Democrats and say, “I’m the great Bernie Sanders. Love me.” He’s doing it to help them. He can’t hold their hands forever. He’s not going to be around forever, so he’s trying to impart to them the wisdom that he brought to his presidential campaign, the energy that he got from young voters, to help rebuild the party.

This isn’t about him. This is about the future of the United States and the future of the Democratic Party. If they continue to ignore what he has to say, then I hope they get used to losing, and I hope that they’re prepared for 50 years from now, there be a little footnote in history books that say, “The Democratic Party was a party in the United States that formally disbanded in the year 2020,” because that’s where we’re headed if we don’t change the way we operate.