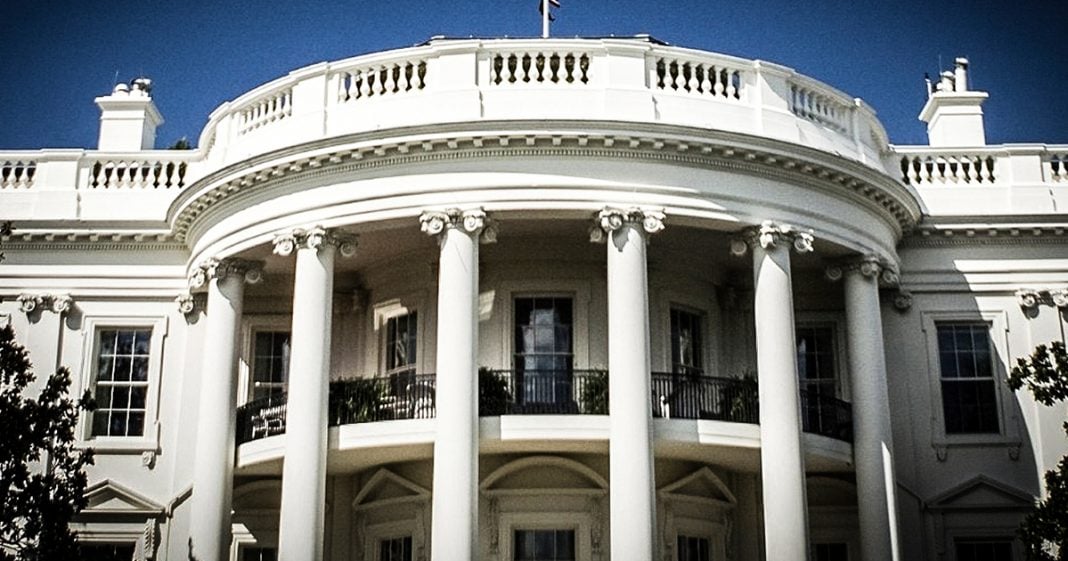 According to a new report by Politico, White House staffers have been feeding members of the press incorrect information about the president. But it may not be as sinister as it sounds, as the report notes that most members of the White House staff have no idea about what the President is doing on any particular day, and that they are mostly kept in the dark about everything, and that includes White House Press Secretary Sean Spicer. Ring of Fire’s Farron Cousins discusses this.

Now, I don’t want to give too much credit to the White House staffers and say that they’re not lying about this intentionally, I’m sure at times they do. Sean Spicer’s a fantastic example. But according to this Politico article even Sean Spicer himself, the White House press secretary, is often put on the spot, asked questions to which he legitimately doesn’t know the answers to because this White House is so dysfunctional and disorganized. Now, if that doesn’t concern you, then let me explain it this way. Donald Trump last week didn’t know where an aircraft carrier was. He thought it was headed to North Korea. It was almost five days later that he himself finally learned that the ship was headed down to Australia to do some drills with the Australian military.

So this dysfunction does not only affect the White House staffers, the people running the day-to-day operations, it literally goes all the way to the president who has no idea what’s going on. He doesn’t know what he’s doing. He doesn’t know what the military is doing, what the Department of Defense is doing, what any of the other government agencies are doing. We have the most incompetent person we could ever imagine running this country today, and it all starts at the top. The reason these White House staffers don’t know what’s going on is because nobody above them knows what’s going on, and so on, and all the way up to Trump.

They don’t know what they’re doing. That is dangerous. We saw the danger in that when they launched those tomahawk missiles over in Syria, when he promised South Korea that we were sending ships to North Korea. People around the globe are laughing at us right now. That is a fact. South Korea, their news programs were mocking Donald Trump last week, one, because of the warship incident, and two, because he didn’t know that South Korea was never a part of China. But that’s the way we are right now.

This is so much worse than it was during the Bush years when other countries would laugh at us because our president couldn’t string a sentence together. Donald Trump, not only can he not put a sentence together without interrupting himself somehow, but he is a real dangerous threat to the rest of the world. At least to an extent, George W. Bush could be reasoned with, and he listened to his advisers as evil as they were. Donald Trump isn’t like that. He doesn’t feel the need to answer to anybody. He doesn’t have to tell staffers where he’s going to be. He doesn’t have to tell them who he’s meeting with or what he’s signing. You just go tell the press whatever, then I’ll get on twitter and talk about how crappy the US press is.

That’s the way the government is functioning right now. This is not sustainable. This is not something that can just continue and we just say, “Okay, well this is just how we are now.” This has to come to a head. This has to come to a stop, but at what point and how do we accomplish that. Unfortunately, the answers to those questions we don’t have right now. What we do know is that the best thing we can do is continue to hold this administration accountable, and any time a report like this comes up that show how dysfunctional they really are we need to highlight this, maybe even shame them because maybe just maybe there is a possibility they might get a little better.