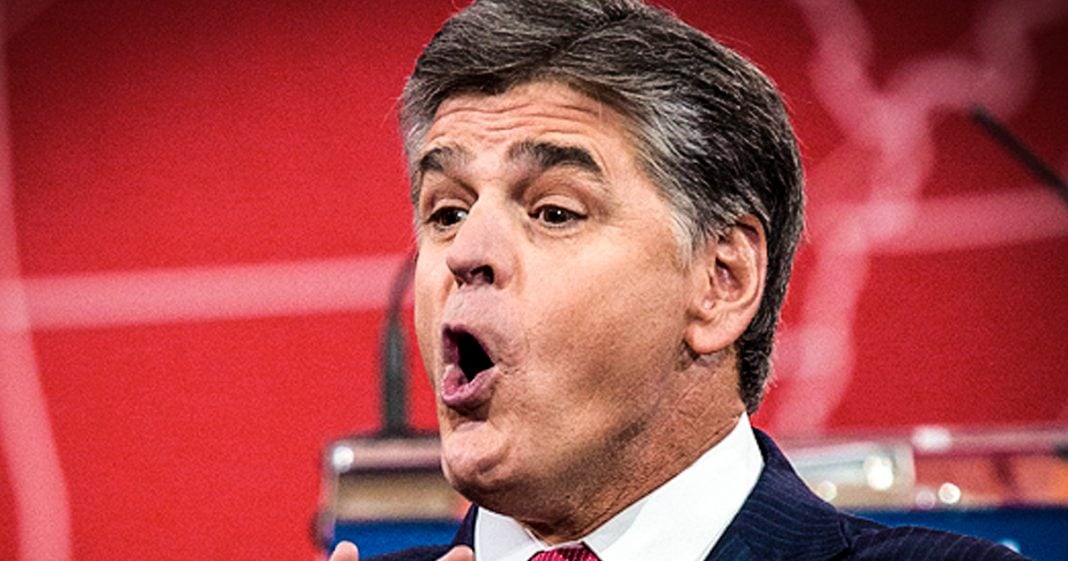 Fox News host Sean Hannity has found himself in a similar boat to Bill O’Reilly, as conservative pundit Debbie Schlussel has accused the host of sexually harassing her before and after an appearance on the network. These allegations come just days after even more allegations were made against former Fox News chairman Roger Ailes. Ring of Fire’s Farron Cousins discusses this.

After the whole kerfuffle with Bill O’Reilly and Fox News seemed to settle down a bit over this past weekend, new allegations emerged against both former Fox chairman, Roger Ailes, and current Fox News host, Shawn Hannity. According to New York Magazine, a conservative pundit by the name of Debbie Schlussel has come forward and said that Shawn Hannity sexually harassed her during a book signing that Hannity was doing a few years ago. He hounded her. He invited her up to his hotel room. He would not leave her alone. He continuously called her. Called her after she did her radio show. Would not leave Debbie Schlussel alone, according to what Debbie is telling the press.

Now, for Roger Ailes, things are a little bit more sinister. Former Fox News on-air personality, Alisyn Camerota, has said that during her time at the network, Roger Ailes not only sexually harassed her but emotionally harassed her for a very long time. Basically, after she refused repeatedly his sexual advances, he would then try to demean her at every given opportunity. Kind of a form of psychological warfare, basically. Putting her down, making her feel like she was worthless, insulting her in front of everybody else there at the network. Camerota says that this is the environment, the kind of toxic masculinity, that Fox News created, that Roger Ailes created, and that those people still at the network currently live in. Nothing at that network has changed.

Yeah, Bill O’Reilly got kicked out. He also got tens of millions of dollars. He got more money than the victims got from Fox News. He’s going to be just fine. But he was just a symptom. Fox News is the disease. Nothing has been done to curtail the constant sexual harassment allegations coming out of the network and the racial discrimination accusations coming at the network. That’s a whole other story that most people aren’t talking about. The fact that Fox News would not treat black personalities, black staffers, the same as they would white staffers. There was a report out this weekend where one black woman says that she was forced to arm wrestle a white employee for their amusement of the white men at Fox News. How psychotic is that? But that is what this network breeds. That is what this network does. To be honest, it does come across on the air. You can see how they treat women. This is a disgusting, deplorable network.

Just having Bill O’Reilly gone is not going to solve the problem whatsoever. You got rid of one creep. You’ve got creeps running the network. You got other creeps on the air who have no respect for women, no respect for any race that isn’t white, and yet nothing will be done. They’re not going to kick Shawn Hannity off. Even if these allegations turn out to be true, which Shawn Hannity denies so we need more evidence I guess, but even if they turn out to be true, even if more women come forward and those allegations are true, Shawn Hannity’s pretty safe. Fox News wanted to calm the media firestorm that was erupting by firing Bill O’Reilly. They think the story’s going away. But until they change the culture behind the scenes at that network, these stories will never go away.