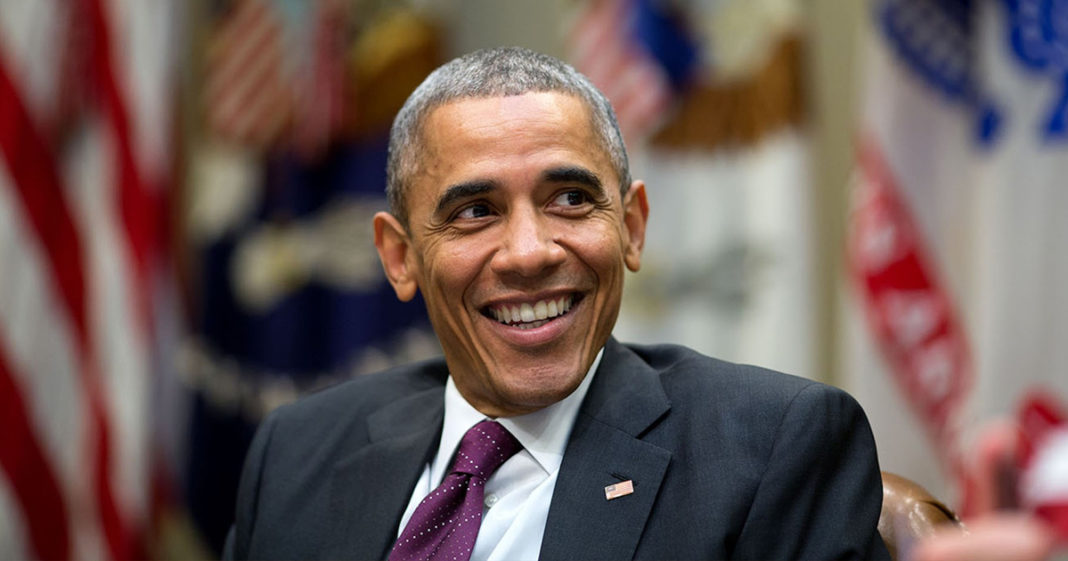 On Monday, a true site for sore eyes is headed to Chicago, Illinois to make his first major appearance since he went on a long, well-deserved vacation earlier this year. Yes, while we have been grappling with his incompetent replacement, President Barack Obama has been globetrotting with his wife and family, but will return to Chicago today in his first public appearance since handing the Presidency to Trump on Jan 21.

Obama’s appearance will be minor as he plans to meet with youth leaders and organizers in the place where his political career began.

“Monday’s event takes place on the South Side campus of the University of Chicago, where Obama once taught constitutional law. It is intended “to encourage and support the next generation of leaders driven by strengthening communities,” according to a statement.”

During the first 100 days of Trump’s presidency, Obama has been largely silent as is expected from any president leaving office. When Trump accused his predecessor of wiretapping his office in New York City, those surrounding Obama briefly spoke out to deny the accusations, though Obama made no official comment.

Instead, we have seen Obama looking refreshed and healthy at tropical locations across the globe. Unlike the current president, when Obama took a brief trip to New York City, he was met with cheers from adoring fans – quite a different view than what Trump faced in New York shortly before his inauguration.

Those close to Obama say that this is his first appearance, but it likely won’t be his last. Instead, this event is to mark an official stepping-out by the former President, and the first of many times he plans to make himself visible during the early presidency of his successor.

Many had hoped that Obama would return to Chicago, the place where it all began for himself. As President Trump has frequently noted, Chicago suffers with issues of gun violence and crime, something an active former president could do a lot to solve.