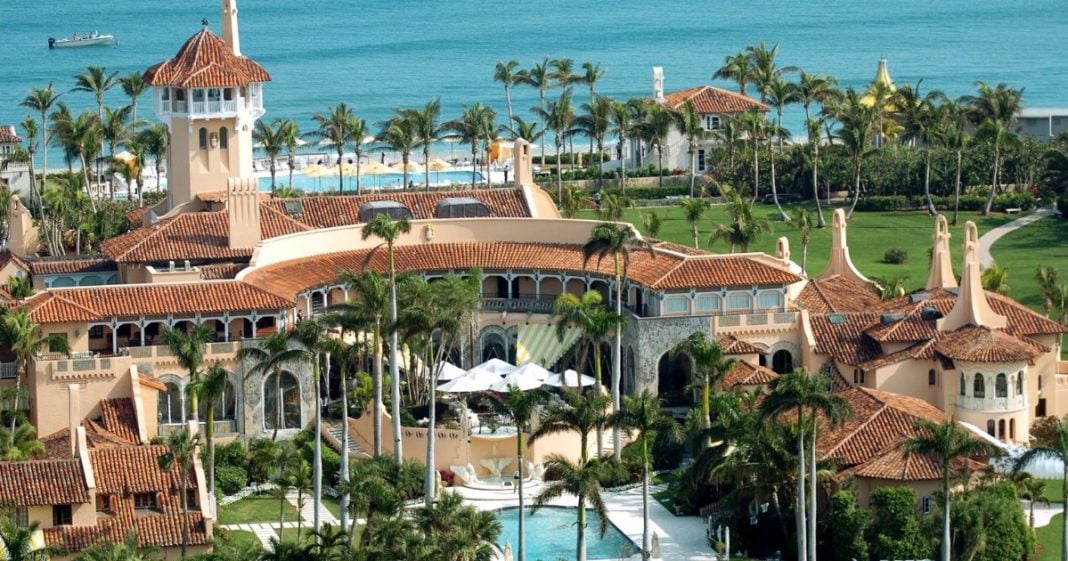 Looking for your next resort or vacation spot but don’t want to sift through thousands of websites dedicated to the task? Look no further than government websites sponsored by the State Department. There, you’ll learn all there is to know about Mar-A-Lago, a Trump property totally not owned by our President!

CNBC’s Steve Kopack noted the bizarre use of government webpages this week when he found that there is extensive information about Mar-A-Lago posted on two separate websites associated with the State Department.

Articles on Mar-A-Lago appear on both ShareAmerica.gov and UK.USEmbassy.Gov. Share America is a website belonging to the State Department which is operated by the Bureau of International Information Programs. The site claims to work with embassies all over the planet “to engage with people around the globe on U.S. foreign policy and American society.” Meanwhile, the US Embassy site shares information related to the U.S. embassy in the U.K.

Both websites feature extensive write-ups on the Trump property where the President spends so much of his time. Rather than merely informing on this fact, the articles go into explicit detail about the history and luxury of the property – almost as if someone were attempting to lure foreign visitors to come spend their money here.

Since Trump was elected president, Mar-A-Lago has conveniently doubled their membership fee to $200,000. For that price, rich beachgoers are given access to fine dining, golfing, and even access to the president himself.

Trump is already facing significant backlash for his various violations of the emolument clause, and having the state department openly advertise for his gold-bedazzled property in Florida isn’t helping. These sorts of things are only tolerated because there is so many other insane events occurring on a daily basis.

Still, make no mistake: this is not okay, and it is not normal. We shouldn’t be funding free advertisement for the President’s resort, and he shouldn’t be allowed to get away with this.