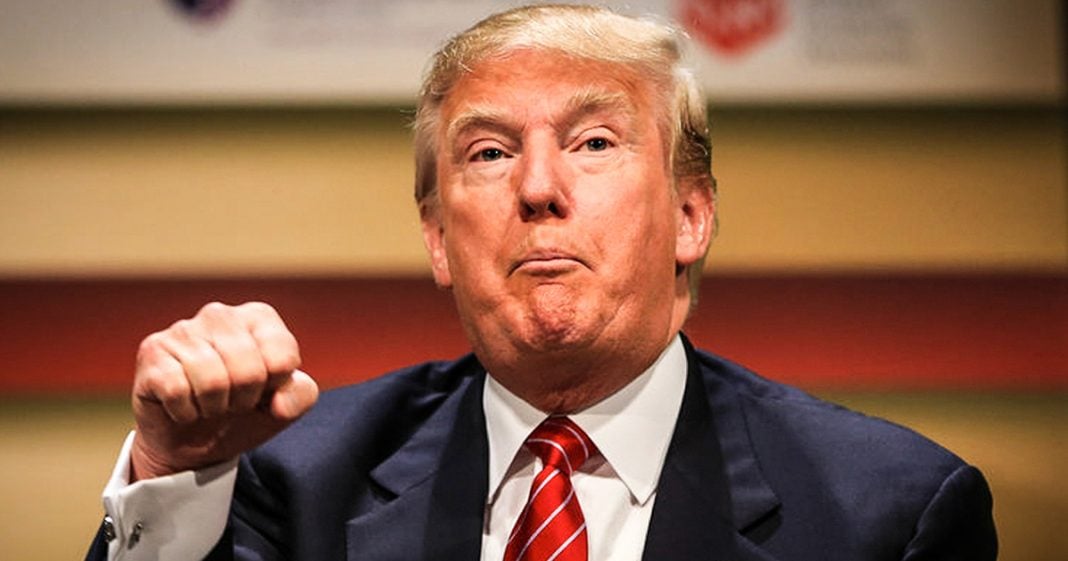 In an interview with the Associated Press, Donald Trump claims that he has gotten “higher ratings” than the coverage of 9/11.  He thinks this is some sort of reality show game. Ring of Fire’s Farron Cousins discusses this.

The Associated Press made of the mistake of making the decision to interview Donald Trump about his first 100 days in the White House, and during that interview Donald Trump bragged about the fact that his ratings on television were actually higher than the ratings that networks got during the 9/11 terrorist attacks. He said that the ratings he’s pulling in are even higher than when the World Trade Center came down. “It’s a tremendous advantage,” were his exact words after saying that his ratings were the highest since the World Trace Center came down.

Now, as some of you may remember, Donald Trump, just a few hours after the World Trade Centers fell, he went on a radio show and said that he now has the tallest building in New York City. He also somehow managed to a 150,000 grant from the federal government that was meant to help small businesses get back on their feet after the 9/11 attacks.

Nonetheless, let’s look at Donald Trump’s claim that he is getting higher ratings than the 9/11 terrorist attacks. Do you know why the 9/11 attacks got such high ratings? Because people were terrified. They were scared about what was happening to our country. They didn’t understand what was going on and they wanted to know just how bad the situation is.

You don’t give a damn about anybody in this country that’s not you, and that includes, probably, the members of your family. You would sell them down the river for a cool million, I guarantee it. But for you to come out and have the audacity to say that you’re doing better than the terrorist attack that killed 3,000 people on American soil? That is a level of psychosis that we have never seen in a sitting US president. You are a disgrace to this country and anyone out there who still supports you should be ashamed of themselves and they should be embarrassed for allowing you, one of the biggest disasters to ever happen to this country, actually take that White House.