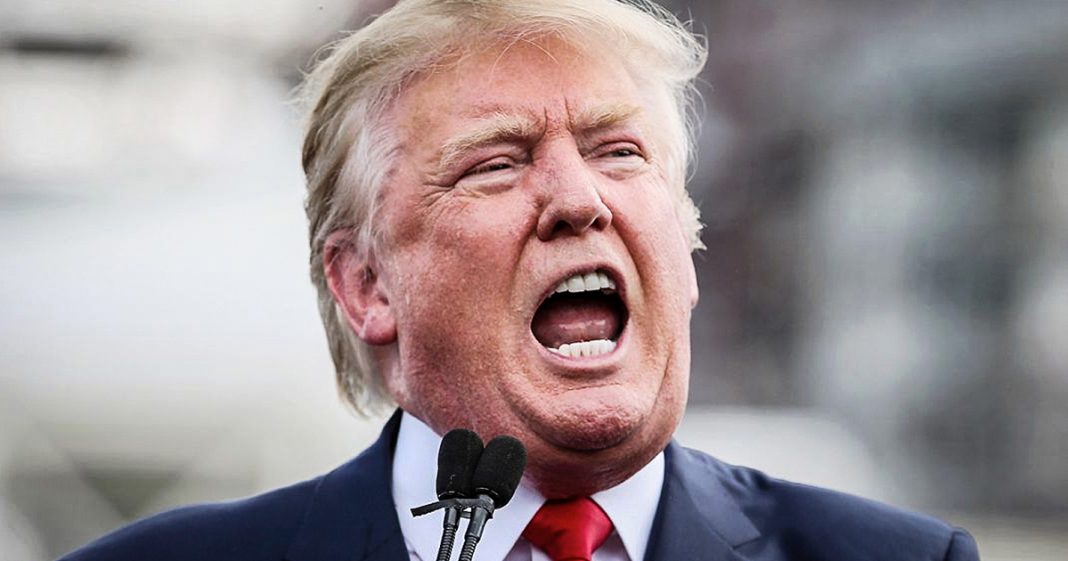 Two dozen mental health professionals met at Yale’s School of Medicine recently to discuss the mental fitness of Donald Trump. The conclusion that they came to was that this man needs to be removed from office due to his mental state.  An online petition questioning Trump’s ability to serve based on his mental faculties has already gained more than 40,000 signatures. Ring of Fire’s Farron Cousins discusses this.

Now this isn’t something to take lightly. Some of the people who were at this little conference had been working in the field of psychiatry and mental health for over 50 years. They had overseen mental health programs in some of the most dangerous prisons in the world. They have analyzed murderers, rapists, thieves, and they all came to the same conclusion, Donald Trump shares a mentality with some of the worst people that we have seen in this country. His extreme narcissism and borderline schizophrenia that we see within his tweets, are a danger to the United States.

Now this assessment, while not an official diagnosis, and not endorsed by Yale University itself, is fairly accurate based on what we’ve seen, and what we know about psychology. Donald Trump has exhibited some very dangerous behaviors, not just during his presidency, but throughout his entire life. He is a bully, he is an extreme narcissist, and he will personally attack anyone who goes after him or says something negative about him. That’s not the kind of person that we want as a president. We have already seen several other countries come forward and openly mock Donald Trump, basically for being an idiot.

South Korea mocked him on their news channels after he said that South Korea was part of China. How is he gonna react to that? You know? How is he gonna take those attacks? We don’t know, but the response isn’t going to be good. This man thinks he can be president through Twitter. That is a dangerous belief to have. But these peoples, these mental health professionals, they’re analysis went a lot more in depth than that, because these are people that know damn sure what they’re talking about.

It should not be that anyone in this country can be president. I am sorry to say that. I know we all tell our kids, “You can grow up and be anything,” but we’ve gotta put some kind of limitation here, some kind of test. We have mental examinations for all other fields. I mean look, you can’t go in and be an air traffic controller or a pilot, you have to go through screenings. The FBI has screenings, the Department of Defense, the Pentagon, they have mental health screenings, but not for the presidency. Any crazy person off the street can do that apparently. We have to put some controls on this. We have to prevent people in Trump’s position, who have a hell of a lot money, a hell of a lot of influence, and a hell of a lot of time on their hands, from becoming the President of the United States.

Donald Trump didn’t run for president because he wants to make this country better, or he wants to fix any problems that he perceives. He did it to feed his own ego. That right there was the very first warning sign. Those of us who paid attention understood that that’s what this campaign was about, but enough people in this country were hoodwinked by this narcissistic con artist, to believe that he actually cared about the middle class. He cared about people losing their jobs, but at the end of the day it’s pretty obvious. These mental health professionals spelled it out beautifully when they said that this man is too narcissistic to ever effectively serve as the president, and furthermore, he is a danger to everyone living in this country.