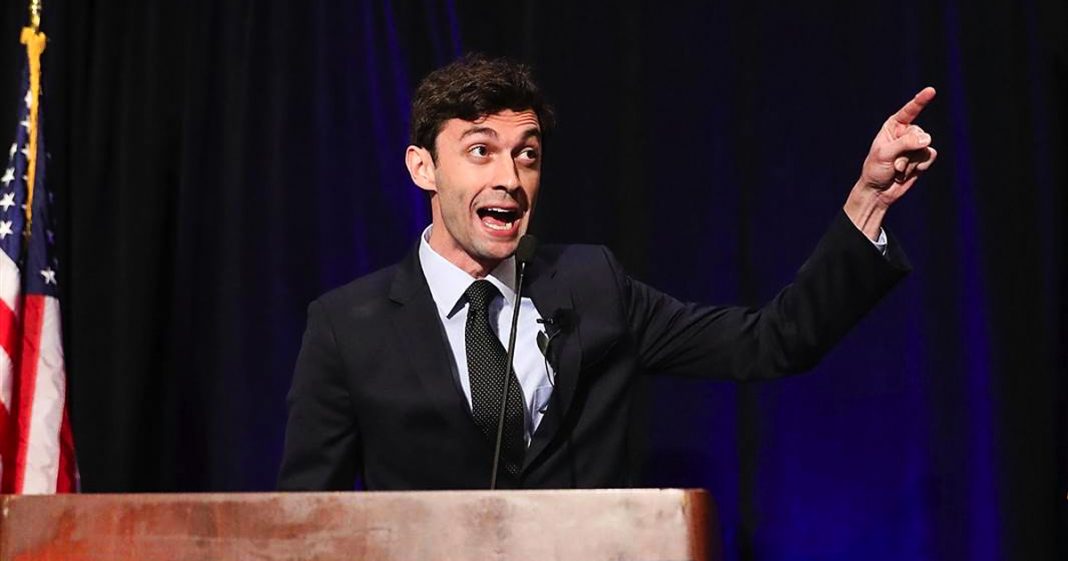 One of the big developments of this week was the special election in Georgia’s 6th District to replace Tom Price’s seat. The real question was, would the leading Democratic candidate, Jon Ossoff, get over 50% and avoid a runoff? Ring of Fire’s Sam Seder is joined by Heather ‘Digby’ Parton to discuss this topic.

Sam: Digby, another crazy week in the Trump era, but not all the news has been, well, I guess driven directly by Donald Trump. We will obviously talk about the wake of … and hopefully we are still not engaged in a nuclear war with North Korea, but we will talk about that in a minute. One of the big developments, of course, this week was the special election in Georgia’s 6th District, where there was, like I say, a special election to replace Tom Price, who is now Health and Human Services Secretary. There were 16, I believe it was, people running in what is called a jungle primary. The real question was would the leading Democratic candidate, Jon Ossoff, get over 50% and avoid a runoff. That didn’t happen, but even still, this is a pretty amazing event to take place.

Digby: Yeah. I mean, it is Tom Price’s district. It’s not like it was a Democratic district. Clinton did better there than perhaps people had anticipated, and we know that Georgia has been moving into sort of a purple category under certain circumstances, but under normal circumstances no one would even have looked at that race. They would’ve just assumed, of course, he’ll be replaced by a Republican. It’s a Republican district, and the fact-

Sam: This was Newt Gingrich’s seat.

Digby: Yeah, it was Newt Gingrich’s seat. These are Republicans. They’re not necessarily Trump Republicans. They’re just standard Republicans. In fact, it was one of the higher-educated districts in Georgia. Looking at that and seeing the fact that the Democrat … he came very close. It was, what, 49.3 or 48.9 or something? It was very, very close to going over 50%. It had been definitely within the realm of possibility. The closest one that came to him, the Republican he’ll be facing in the runoff, got 19%. It’s not like there was any great alternative that the Republicans are really excited about. This was a test, and it comes on the heels of another race that happened in Kansas a week or so ago in which the Democrat did substantially better. The Republicans are spinning this, ‘Well, they should’ve had it going away.’ I think we know the truth about that.

Of course, Donald Trump, he parachuted in with some robocalls at the last minute into the Georgia race and gave a very perfunctory pitch to vote against Ossoff, and I don’t think that really helped anything because it really seems … My view of it is it really seemed that particular electorate, that kind of educated, perhaps a little more upscale Republicans, those are the people that Republicans needed to get out to vote in big numbers, and that didn’t happen. Maybe it’s because of Donald Trump. I think we have to assume. This runoff is going to take place in June, and the way things are going, I don’t think Trump is going to be any more popular then than he is now …

Digby: … in some horrible war, yeah.

Sam: June feels like a long way off, from mid-April to June. We go back the other way, we’re still basically a month into the Trump presidency, back in February, the end of February. A lot can happen between now and then. What was interesting is I think on some level this was a district where Hillary Clinton’s campaign … this was the type of district that they targeted, maybe a little bit more conservative, frankly, than what they had thought that they could win, but this was the idea, the upscale thing. I don’t have, frankly … I don’t have a strong sense of Jon Ossoff’s politics, and there’s an argument out there that maybe that was a bit of a problem for him.

Now, I don’t know if I subscribe to that argument, and I don’t know if you can anticipate or expect a district that elected Tom Price by 23-some odd points, even if he was largely unchallenged, to produce a Democrat that I’m going to be particularly enamored with. The name of the game, it seems to me, over the next two years is to … particularly in 2018 … is to turn 24 House districts into Democratic districts so that Democrats control the committees, right? That’s basically it, right? That’s when the investigations begin.

Digby: Of course. To me, we’re all going to talk about all this stuff. We hope we don’t go to war. You and I talk all the time about what’s going on, but job one is to take back one house of Congress in 2018. Nothing is more important than that. I think the Democrats have to be very strategic and very smart about doing it. Now, it is true that in the Kansas race, that was a much more of a prairie populist kind of a vibe that the Democrat who came close there ran on, more of a Bernie-style populist pitch, and it seemed to be working. Kansas is Kansas, right?

Digby: You don’t have great expectations there, but that seemed to be a pitch that was resonating to people in a district like that. In Georgia, Ossoff is more of a kind of mainstream Democrat. He didn’t have a strong ideological edge to him, other than just ‘I’m bringing competence and pragmatism, and I’m going to get the job done’ kind of a pitch. That was-

Sam: He strikes me as a guy who watched a lot of Barack Obama speeches …

Digby: Right. He certainly did.

Digby: He certainly did. That pitch to ‘Look, I’m a calm, normal, thoughtful, intelligent person,’ that is what’s aimed at the wobbly mainstream Republicans who are going, ‘Whoa, what have we got ourselves into?’ Those aren’t “the Trump voters” that everybody is so excited about. These are mainstream Republicans who did vote for Trump, but they weren’t necessarily looking to start World War 3 or turn the country into a police state. They like their conservatism, but they like it to be done with a little bit more efficiency and …

Digby: … carrying out in normal fashion. This is kind of scary to them. To me, I don’t really see why there’s an argument here because each of these districts that are going to be up in 2018, every single one is running again, but where there’s a possibility in a place where the Bernie message will carry well, use it, and where you’re in a place like Tom Price’s district, use a different pitch. We don’t have to nationalize this to be one Democratic pitch.

Sam: I want to take a break, and I want to talk more about that question because I still am going back and forth on how much we do need to nationalize this in 2018. We’ve got to take a quick break. I’m talking to the great Heather Parton, or Digby. This is Ring of Fire Radio. My name is Sam Seder. We’ll be right back.