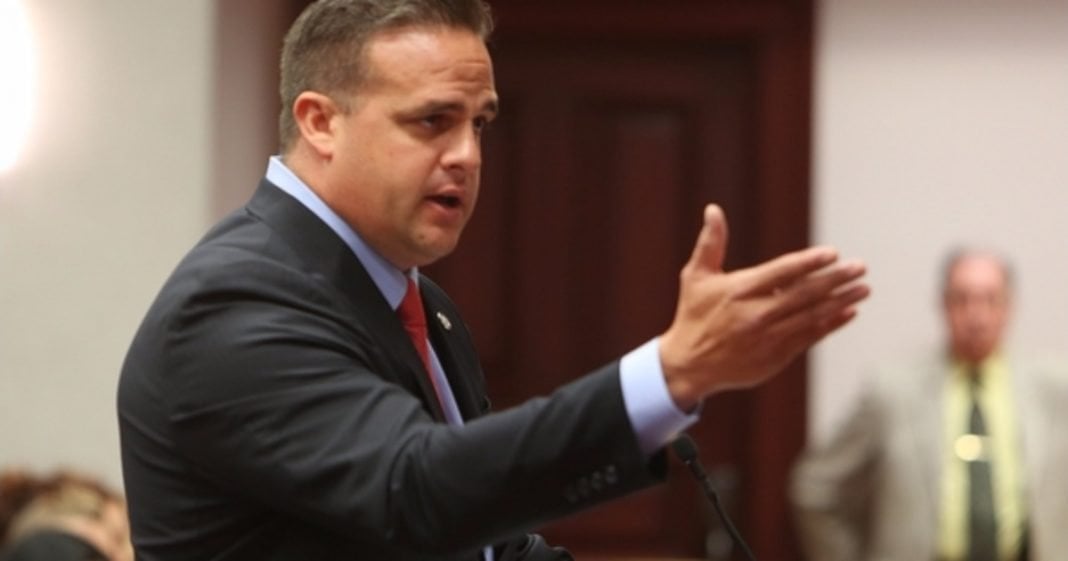 “My actions and my presence in government is now a distraction to my colleagues, the legislative process, and the citizens of our great State,” Artiles wrote. “I am responsible and I am accountable and effective immediately, I am resigning from the Florida State Senate.

“It’s clear there are consequences to every action, and in this area, I will need time for personal reflection and growth.”

Artiles’ resignation comes shortly after a Politico report indicated that according to several sources, Artiles was set to step down.

Artiles’ resignation comes amid scandal as earlier this week, the State Senator used racial and gendered slurs against fellow colleagues. Artiles, a Cuban-American man, repeatedly referred to his black colleagues as “n—-rs” and then hurled gendered slurs at a female colleague while at a private club over the weekend.

Artiles was reportedly exasperated about the appointment of Republican Sen. Joe Negron as the State’s Senate President. Artiles suggested that Negron was only elected because of “six n—-rs.” When the discussion turned heated, Artiles’ racial attack turned sexist when he called a black female colleague a “girl” and a “bitch.”

Immediately after, the Florida Democratic party called for the immediate resignation of Artiles, a demand that Artiles immediately refused. Instead, the State Senator issued a lukewarm apology, hired an attorney, and vowed to fight to remain in the Senate.

Initially, Republicans in the state were reluctant to comment on Artiles, and Governor Rick Scott would not call for his resignation, despite noting that if he were his employee, he would be fired.

Two of Politico’s sources say that they were directly told of Artiles’ intentions by the State Senator himself, a good indicator that this rumor would soon be confirmed. But as one of the sources said,

“The only thing unclear is how he does it (i.e., does he go out guns blazing?).”

As it turns out, Artiles’ exit is far less “guns blazing,” that the action that got him here in the first place. Those who value civility and the reduction of racism and sexism in our government should applaud this removal.