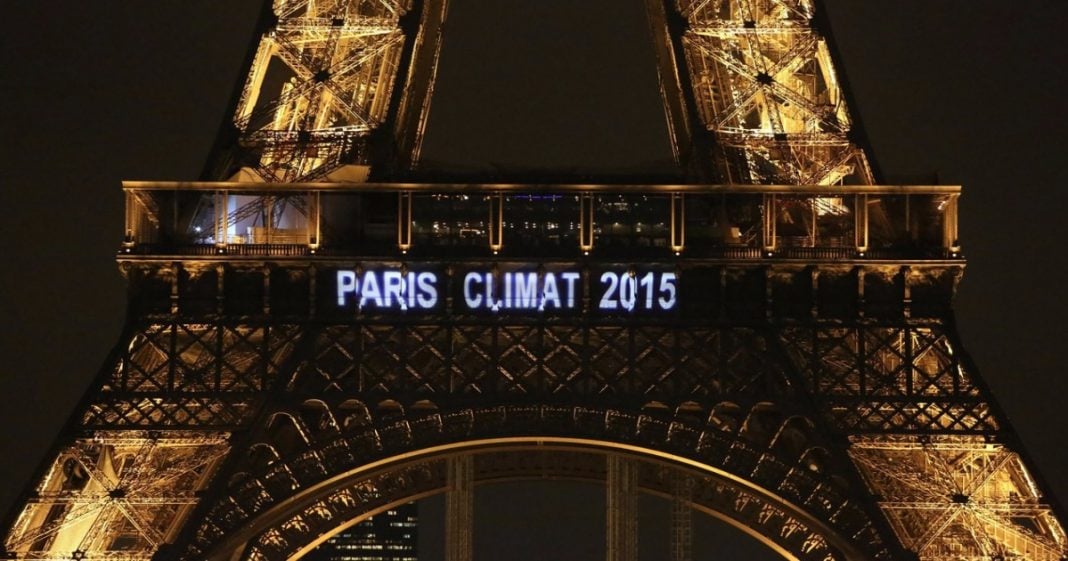 For all his psychological instability, there is one aspect of Trump that is comfortingly predictable: he can be counted on to backpedal on virtually every campaign promise he has made. Whether it’s because he is a pathological liar or that his mouth has been writing checks that his Administration can’t cash, it is patently obvious that he is, and always has been, a fraud. But, as Wilson Rawls wrote in his classic 1961 children’s novel, Where The Red Fern Grows, “There is a little good in all evil.” Case in point: pulling the U.S. out of the Paris Climate Accord.

Despite dismantling many other environmental regulations and rules put into place by President Barack Obama, some are speculating that Trump may work to keep the U.S. in the Paris Climate agreement, rather than taking us out as previously promised.

Breaking that promise can be one of the brightest silver linings of the very dark cloud that has been hanging over us for the past four months. While Corporate America continues to insist that Trump stand by this promises, his policy advisers – particularly daughter Ivanka and son-in-law Jared Kushner – are giving him different counsel.

It also helps that his new Secretary of State, former Exxon-Mobil CEO Rex Tillerson, has stated that his former company “supports the work of the Paris signatories, acknowledges the ambitious goals of this agreement and believes the company has a constructive role to play in developing solutions.” He had even expressed his support for the Paris climate deal at his confirmation hearing.

Trump’s change of heart also appears to be signaled by the almost complete ouster of adviser Stephen Bannon, the mastermind behind many of Trump’s isolationist policies.

Not that Trump isn’t already doing all he can to hamstring efforts to rein in global climate change and protect the environment. His recent “executive order” essentially gutting President Obama’s Clean Power Plan threatens to undo a lot of the progress made in that regard, although it is facing court challenges by states as well as industry groups – not to mention market forces as renewable energy technology becomes less expensive and more viable.

If nothing else, there is the issue of “enlightened self interest.” According to environmental lawyer Richard Revesz, author of Struggling for Air: Power Plants and the “War on Coal,”  honoring the agreement would be in the United States’ best interest. “Staying in the Paris accord signals to the world that the long-term policy of the United States is to control greenhouse gases,” he says. Revesz points out that “the U.S. gets large benefits from the greenhouse gas reductions occurring outside our borders, and the actions of the U.S. are likely to have an impact on the actions of other countries,” and warned that withdrawal from the Paris Accord is “likely to lead some other countries to relax their own commitments, to the detriment of the United States.”

Trump’s sycophants and enablers are chalking up Trump’s latest example of backpedaling to “learning on the job.” Other sources say that it reflects the diminishing influence of arch-libertarian right-wing nationalist and racist Steve Bannon, who has been having issues with Trump’s son-in-law Kushner.

Whatever the reason for Trump’s latest change of heart (inasmuch as he has one), his vow to pull the U.S. out of the Paris Climate Accord is one promise we can all be glad to see him break.