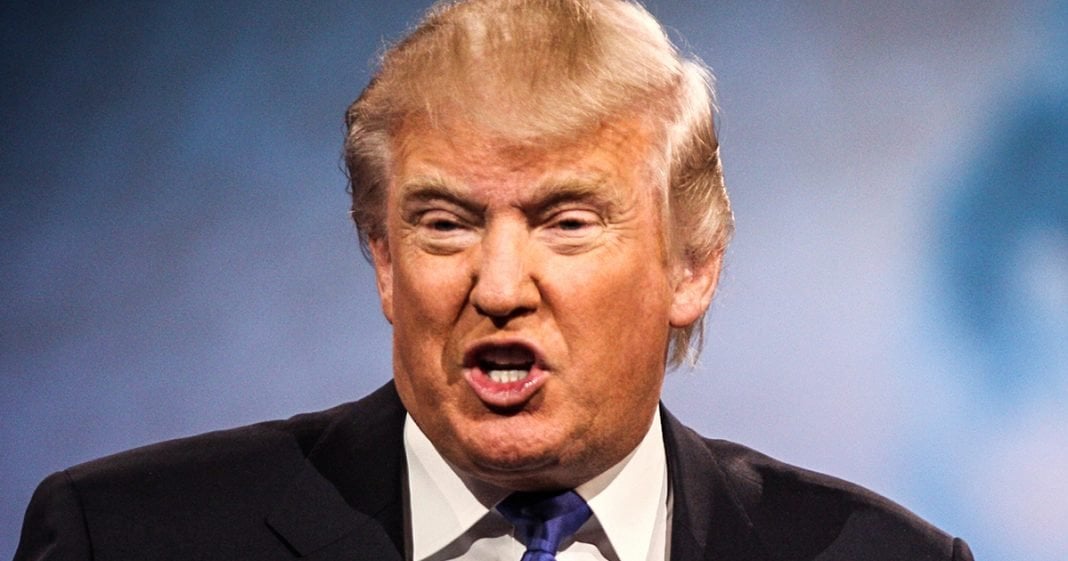 Donald Trump has proposed a 31% budget cut for the EPA, and his administration is actively working to roll back important climate protections that keep our air and water clean.  While these cuts will hurt all of us, the ones most affected by this will be children, whose bodies aren’t able to process toxins as efficiently as adults, and we risk destroying an entire generation of Americans in the name of corporate greed. Ring of Fire’s Farron Cousins discusses this.

Donald Trump’s proposed budget has 31% reductions in the funding for the Environmental Protection Agency. In addition to that, his administration is actively working to roll back clean air protections, clean water protections put in place by the Obama administration so that corporations, coal companies, oil companies, and chemical manufacturers, so that they can dump their toxins into our water, so that they can spew them in the air, and so that we, as an American public can just breathe them, drink them, live in them, play in them, whatever. They don’t care because they care about corporate profits.

While this is devastating to literally everyone in the United States, it is especially dangerous for children in the United States. Studies have shown from the CDC and National Institutes of Health and independent studies from universities all over the world that children are more affected by environmental pollution than adults are, and the reason is because their bodies have not yet fully developed. If you take a 10-year-old kid and expose him to the same kinds of chemicals and the same dosage that you expose an adult, the damage to that 10-year-old is going to be far, far greater than the damage to the adult. Organ systems in children do not finish fully developing until they’re in their teens, sometimes their late teens. This includes the endocrine system, regulating hormones and things like that, brain development, intestinal development, and other organ development, including the kidneys.

Yet, Donald Trump and Scott Pruitt, the new head of the EPA, they find it perfectly acceptable to expose children all over this country to contaminates that have the potential to kill them, and if they don’t kill them, they’re at least going to screw up their lives forever. These children will not be the same. A new report came out from the American Lung Association that says that air quality in the United States from 2013 to 2016 has actually improved. The first improvement we have seen in decades in air quality in the United States, and yet the Trump administration is trying to take back Obama’s clean power plan, which is going to allow coal companies to spew more carbon and other pollutants into the atmosphere. We finally get cleaner air for the first time in many of our lifetimes, and they’re already trying to undo it.

Again, it’s children whose lungs have not yet fully developed, who breathe in more air than we do by comparison, who eat more food than we do by comparison for their body size, that are going to be exposed to these toxins in greater numbers. We are screwing an entire generation. Why? For corporate profits? Corporations are the only ones who benefit from relaxed environmental protections. What do we have, the average American citizen? What do we have to gain from companies being allowed to spew more carbon into the atmosphere or dump their pollutants into a river? We have nothing to gain from this, but every single person in this country, young, old, black, white, Hispanic, rich, poor, gay, straight, we will all be affected negatively by the increased pollution that is on its way from the Trump administration.