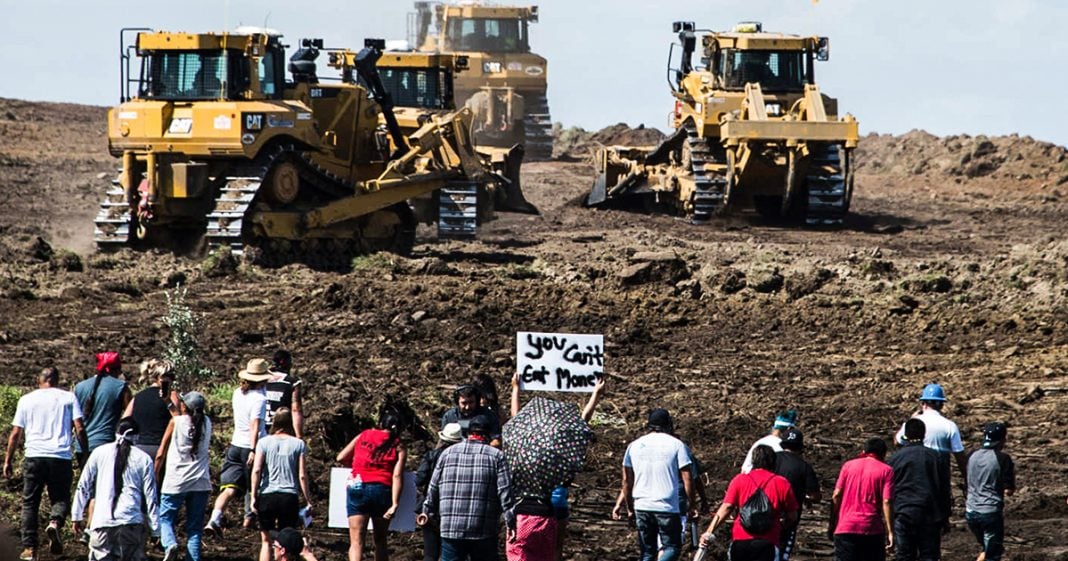 A federal judge ruled on Friday that the developer of the Dakota Access Pipeline (DAPL) does not have to inform the public about potential spill risks.

The ruling was the latest in an ongoing battle between Energy Transfer Partners and two indigenous tribes. The Standing Rock and Cheyenne River Sioux wanted the data on spill risks to be made public, so they could push for more environmental impact studies.

However, Energy Transfer Partners believes that making such information public would increase the risk for vandalism and terrorism by identifying weak spots in the pipeline. While it was confirmed that someone used a torch to burn holes in portions of the pipeline last month, the term “terrorism” has been thrown around all too casually when it comes to the Dakota Access Pipeline.

In his ruling, US District Judge James Boasberg said that details about spill risks could be kept under wraps, but details like areas that could be impacted by spills or plans for spill mitigation cannot remain secret.

According to AP, Boasberg said “the asserted interest in limiting intentionally inflicted harm outweighs the tribes’ generalized interests in public disclosure and scrutiny.”

Oil began flowing through the Dakota Access Pipeline in March after lengthy protests. Local tribes and environmental activists occupied an incomplete stretch of the pipeline over concerns that a spill would contaminate sacred grounds and vital water sources. The protesters managed to delay DAPL’s completion for ten months before Donald Trump cleared the way for work to resume.

While the pipeline is coming online, the tribes still have ongoing legal challenges pending against Energy Transfer Partners and the US Army Corps of Engineers.