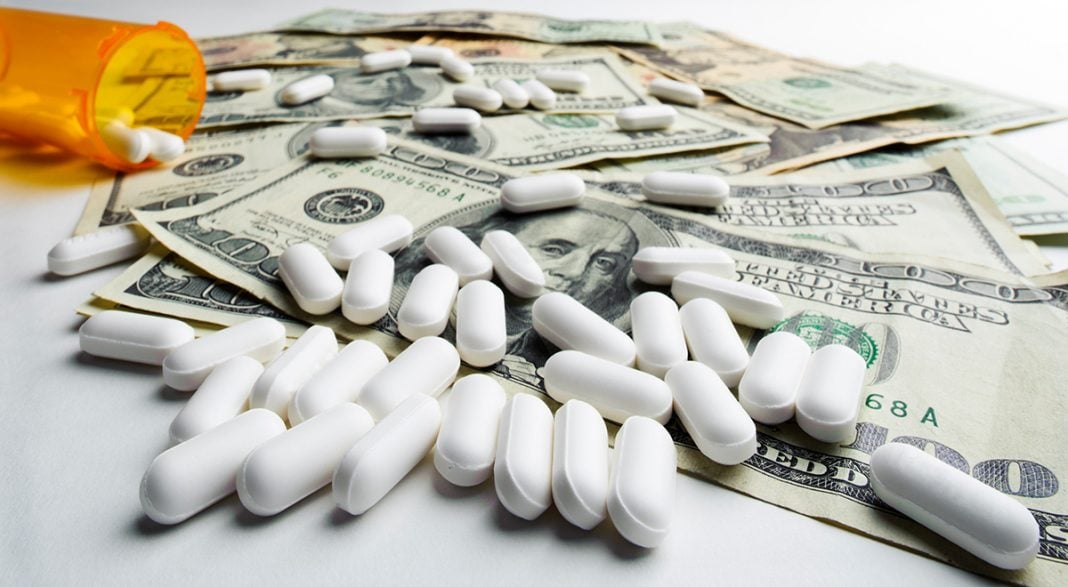 Attorneys representing the Cherokee Nation have filed a lawsuit against the nation’s top pharmaceutical companies and distributors for what they say was a deliberate effort to flood Oklahoma communities with opioids.

The Cherokee Nation is arguing that Big Pharma engaged in a deliberate campaign to flood vulnerable communities with highly-addicted opioids, knowing that it would result in a big payday for the industry.

“The suit alleges that the companies violated sovereign Cherokee laws by failing to prevent the diversion of pain pills to the black market, profiting from the growing opioid epidemic and decimating communities across the nation’s 14 counties in the state.”

“Defendants turned a blind eye to the problem of opioid diversion and profited from the sale of prescription opioids to the citizens of the Cherokee Nation in quantities that far exceeded the number of prescriptions that could reasonably have been used for legitimate medical purposes,” the suit says.

The lawsuit targets the three largest drug distributors in the United States, McKesson Corp., AmerisourceBergen, and Cardinal Health. These three companies alone are responsible for 85% of prescription drug distribution across the nation. National pharmacies like CVS, Wal-Mart, and others are also named.

Though the lawsuit is a bold one, it is not the first time that Big Pharma has been accused of such tactics.

Elsewhere in the country, cities are fighting similar battles. In a small West Virginia town in Coal Country, pharmaceutical companies sent more than 4 million opiates to a town of just 400.

In this particular town of Kermit, West Virginia, a man shared big pharma’s secret: in a town of just 400 people – average Americans, most of which are low-income – three separate pharmaceutical companies sent 4,194,000 opiate pills for distribution. With that glut of pills and the incentive and pressure that no doubt accompanied them, can you imagine that the doctors in that small town treated them like the dangerously addictive drugs that they are?

Instead, they were likely handed out like candy to the hard-working coal miners and grocery store clerks in the town. Now Kermit, like so many other small towns in the rust belt, has itself an opiate epidemic and is suing drug distributors for their gross pushing of addictive pain pills.