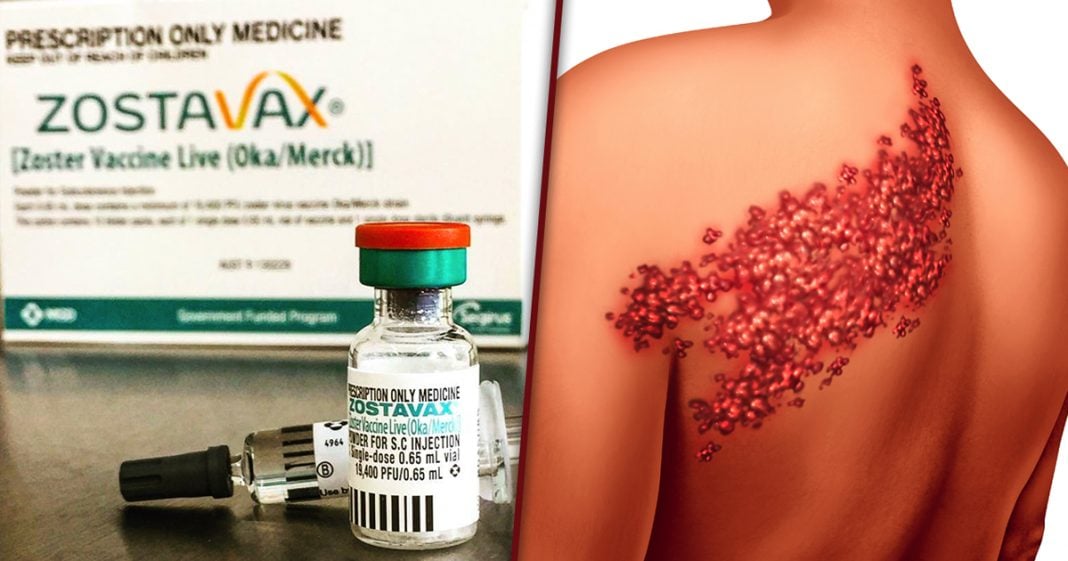 By now I think most people have seen the commercials on television telling us that if we’ve ever had the chicken pox at any point in our lives, then the shingles virus is already inside of us. As it stands right now, there is a vaccine for shingles called Zostavax, but what we’re finding out now about this vaccine makes it seem like it might be pretty dangerous or at least cause some side effects that are actually the same as what we’d see from shingles. Ring of Fire’s Farron Cousins talks with Attorney Troy Bouk about the dangers associated with Zostavax.

Farron: Joining me now to talk a little bit more about this is attorney Troy Bouk. Troy, thanks for joining me today.

Farron: With this Zostavax vaccine for the shingles, tell us a little bit about what Zostavax actually is. What is it supposed to do? How does it work? Who makes it?

Farron: Shingles, a lot of people think of this mostly as a painful, irritating skin condition, but there’s actually a lot more to what shingles does to the body than just the outward I guess rashes or condition, isn’t there?

Troy: Yeah, that’s exactly right. Shingles basically usually affects one part of your body, your face on the skin. It’s a localized skin rash. It’s a very painful skin rash. It starts off with tingling, and then it ultimately spreads into a bad rash which often blisters up. But it has many other features, I guess. It can cause central nervous disorders such as meningitis, which is a swelling of the lining in the brain; encephalitis, which is a swelling of the brain itself. It can also cause stroke due to the blood vessels swelling in your brain. It can also lead to other things like palsy, which is the paralysis in your face, and many other things, because it tends to get into your central nervous system, and then, once in there, it wreaks some havoc by usually causing swelling which ends up with these other medical problems. That’s the situation with the vaccine itself, is that Merck hasn’t warned anyone about those indications.

Farron: When we’re talking about the fact that shingles can cause these things, can cause meningitis, can cause encephalopathy, the live virus vaccine Zostavax also has the potential to do that because it could in fact give you shingles. From conversations you and I have had in the past, this vaccine is 51% effective, roughly, so about half the people who get it may be protected, about half of them may not be. It’s a relatively short-term vaccine, only about four to five years. There was a little bit of disagreement between the FDA and the CDC on when people should get this vaccine to begin with, wasn’t there? Tell us about that.

Troy: Right. The FDA has approved the vaccine for people 50 years of age and older, whereas the CDC only recommends that those individuals 60 years of age and older get it. The reason is that once you have had the Zostavax shot, the FDA says it only lasts for about four years. It’s not proven to last any longer than that. Let’s say you’re 55 years old. It may stay in your system till you’re 60, but you actually are at the greatest risk of getting shingles when you’re in your 60s. That’s why the CDC recommends that you really don’t get it until you’re in your 60s, because that’s probably when you’re going to need it the most.

But we just are saying that, hey, if you’re going to get Zostavax at all, if you make the decision, it should be an informed decision. Currently, the label only says that you may get shingles, and it doesn’t even really say it as blatant as that. A person who’s even reading the label may not quite understand that this vaccine may cause shingles and it may cause a whole host of other central nervous system disorders.

Farron: Is Zostavax the only option out there right now? We’re talking about this a lot, but why Zostavax? Why not just go get something else?

Troy: That’s a good point. Currently it is the only FDA-approved vaccine for shingles in the United States. Currently there’s a company called GlaxoSmithKline, which is another large drug manufacturer. They’ve been actually testing a vaccine that does not use the live virus strain and that happens to be a whole lot more effective, at least in large tests that they’ve done so far. It’s proven to be about 97% effective, versus 51% which is Zostavax’s effectiveness rate.

Farron: Zostavax right now seems like it does carry with it a lot of dangers, but those dangers are not necessarily because it does other bad things to you. What it’s doing essentially, or what it has the potential to do because it is live virus, is actually to give someone shingles, and then that can cause all of these neurological disorders that people don’t even realize are associated with shingles. To be honest, until you and I spoke about this about a week ago, I had no idea that these kinds of conditions, the meningitis, the encephalopathy, I had no idea that these were things that happen or can happen with shingles.

Really, when we’re talking about Zostavax, it’s not a typical drug where you see, oh, it was supposed to treat your kidneys but it destroys your heart. Zostavax’s danger is that it actually has the live vaccine and you could potentially get the shingles that brings with it this whole host of absolutely horrendous conditions along with it.

Troy: Yeah, that’s correct, Farron. Actually, there is a study out there that shows that in 50% of the patients that actually get the vaccine, that sometimes they don’t get shingles — the virus goes straight to manifesting in the central nervous system. It’s possible that you could get the vaccine and get meningitis or encephalitis without ever actually exhibiting shingles.

Farron: Unbelievable. Troy Bouk, thank you very much for talking with us today. We appreciate your work on this. The bottom line is that people need to understand this, along with any medication, understand the risks. You have to weigh those against the benefits and you have to make an informed choice. That’s what we’re trying to educate people on. There are dangers with almost anything. Know those dangers before you put these things in your body, basically. Troy, thank you very much.