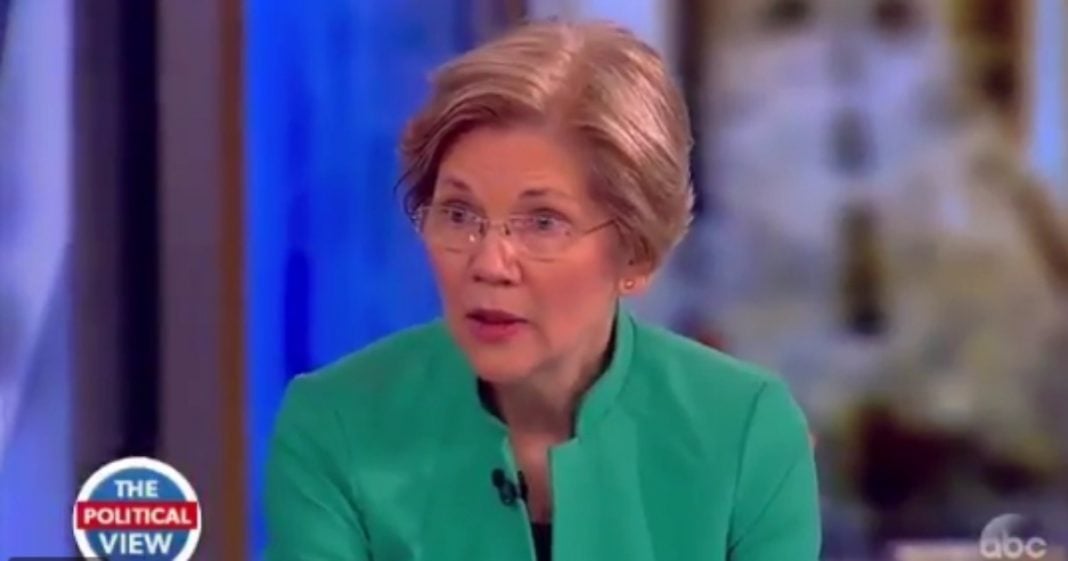 Making an appearance on “The View,” the women’s talk-show that has become surprisingly political in recent months, Senator Elizabeth Warren joined the women’s roundtable to discuss her ongoing political career in Trump’s America.

During their discussion, Warren made a stunning revelation, saying that Donald Trump’s political success is her biggest regret, ever.

The Senator made her remarks when asked a particularly pointed question about her own political ambitions, noting that Warren had previously revealed she was dissuaded for joining the presidential race in 2016 by husband. When asked if she regretted not running, Warren responded.

“Look,” Warren began. “We all have a lot of regrets, but my biggest regret is that Donald Trump is President of the United States, period.

Warren also expressed her concerns over the President, noting that she and many others felt they couldn’t trust President Trump to work on their behalf, for the good of the American people.

“My biggest regret is that Donald Trump is president of the United States. Period.” —Elizabeth Warren pic.twitter.com/GVUSTOb4Ag